Please ensure Javascript is enabled for purposes of website accessibility
Log In Help Join The Motley Fool
Free Article Join Over 1 Million Premium Members And Get More In-Depth Stock Guidance and Research
By Jim Crumly - May 7, 2018 at 5:01PM

On a day stocks rose, Starbucks announced a deal with Nestle, and Athenahealth received a buyout offer.

As for individual stocks, Starbucks (SBUX 1.48%) is teaming up with Nestle (NSRGY 0.53%) to sell packaged goods, and Athenahealth (ATHN) received a buyout offer. 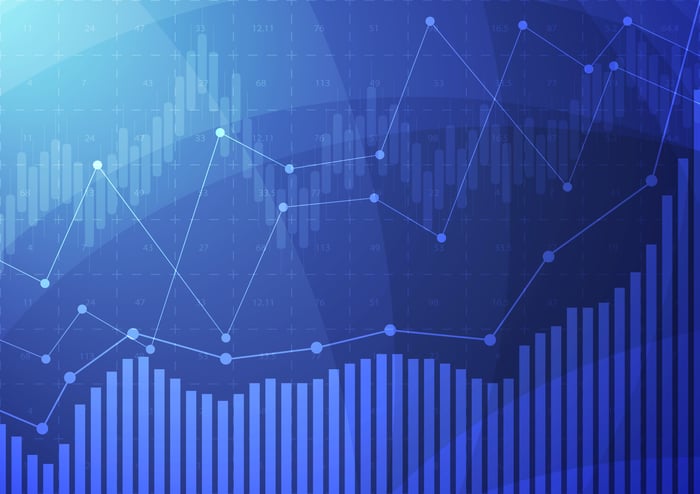 Starbucks announced today that it will be forming an alliance with Nestle to distribute its packaged coffee and other products through retail channels worldwide in return for a $7.15 billion up-front payment. The deal transfers most of Starbucks' consumer packaged goods and food service businesses to Nestle while retaining rights as a licensor and supplier of coffee and other products to the global consumer goods giant, and opens the door for sales of Starbucks capsules on Nestle's Nespresso single-serve machines. Investors took a mostly neutral stand on the deal, with the stock moving down 0.4%.

Starbucks expects that the arrangement will strengthen the company's brand due to Nestle's broad global reach and the addition of Starbucks coffee to Nespresso, and will be accretive to earnings per share by the end of fiscal 2021 or sooner. The up-front cash will also accelerate the company's share buyback plan, which is now expected to return $20 billion to shareholders through fiscal 2020.

In the conference call, CEO Kevin Johnson said that Nestle sells its goods in 190 countries, compared with the 28 countries that Starbucks currently sells its packaged consumer products. He also said that globally, the installed base of Nespresso machines is larger than that of Keurig's K-cup single serve machines (Starbucks will retain its K-cup business, as well as its ready-to-drink offerings).

Analysts on the call tried to understand why it would take three years for the deal to add to profits, but company officials couldn't offer much detail, citing accounting complexities with the deal. Fiscal EPS growth will be 2 to 3 percentage points lower, excluding the transaction costs and the up-front payment, and fiscal 2019 revenue growth will be impacted negatively by 2 to 3 percentage points due to the license model, they said.

The deal hearkens back to a similar arrangement with Kraft some years back that ended badly and a failed attempt by Starbucks to launch its own single-serve machine. But this agreement is with a company that is already successful in coffee and has a wide global reach. Investors struggled to understand the near-term implications, but it is clearly a long-term bet.

Athenahealth gets a buyout bid

Shares of healthcare software provider Athenahealth soared 16.4% to $146.75 after CNBC reported that the company has received a buyout offer of $160 per share from activist investment firm Elliott Management. The company later confirmed the unsolicited offer, which represents a 27% premium to Athenahealth's closing price on Friday, in a brief press release.

Elliott Management, which already owns an 8.9% stake in Athenhealth, made public its letter to company's board. "Unfortunately, we are faced now with the stark reality that athenahealth as a public-company investment, despite all of its promise, has not worked for many years, is not working today and will not work in the future," the letter said, signed by partner and Senior Portfolio Manager Jesse Cohen.

Elliot Management had approached Athenahealth last November but was rebuffed, so it's unclear whether this attempt will turn out any differently. Investors punished the stock after its earnings report two weeks ago, and were unwilling to bid shares up to the offer price today.