Please ensure Javascript is enabled for purposes of website accessibility
Log In Help Join The Motley Fool
Free Article Join Over 1 Million Premium Members And Get More In-Depth Stock Guidance and Research
By Dan Caplinger - May 8, 2018 at 9:10PM

Some investors raised questions about its first-quarter earnings report.

Monster Beverage (MNST -0.83%) has been one of the most successful stocks of the past 20 years. Yet that comes as little consolation for those who've bought shares of the energy-drink giant over the past three years, as the company has struggled to get itself back on its former growth trajectory. Now that health-conscious consumers have mixed feelings about energy drinks in general, Monster has had to pivot to stay in touch with its customers' preferences, and after a good year in 2017, shareholders have seen recent gains slip away.

Coming into Tuesday's first-quarter financial report, Monster Beverage investors were at least hoping to see a pick-up in growth rates from what had been a discouraging fourth quarter of 2017. Monster's results did show some signs of recovery, but they still fell short of what its most ardent supporters wanted to see. Without even better performance during the rest of 2018, investors could start to doubt whether Monster Beverage has the ability to mount a full recovery from its malaise. 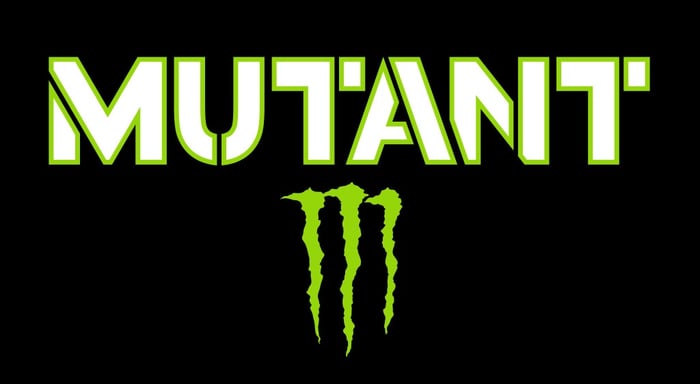 Monster Beverage's first-quarter results didn't have a lot of surprises in either direction. Net sales rose nearly 15% to $850.9 million, and that growth rate roughly doubled from what it posted in the fourth quarter. Net income climbed 21% to $216.1 million, and that resulted in earnings of $0.38 per share. That was $0.01 less than the consensus forecast among those following the stock.

There were big disparities across Monster's different lines of business. The core Monster Energy drinks division was the strongest in the company, with sales climbing nearly 17% from year-ago levels. By contrast, the strategic brands division -- consisting of beverages Monster took control of as part of its strategic alignment with Coca-Cola (KO -0.23%) -- saw a 3% sales decrease. Some of that downward shift stemmed from changes in accounting rules, but even if you adjust for that impact, sales growth was much weaker there than for Monster's legacy brands. The catch-all other segment, which includes the American Fruits & Flavors business, saw revenue slide 16%.

Other fundamental metrics were mixed. International growth came to 27%, accounting for about half of Monster's overall revenue increase for the period. Gross margin took a four percentage point hit on the heels of higher promotional allowances to Monster's partners, as well as sales mix and accounting issues. Yet the beverage giant managed to keep many costs in check, especially general overhead expenses. Case volumes rose 15% to 92.3 million cases, and per-case sales fell only a fraction of a percent to $9.17 per case.

What's next for Monster Beverage?

CEO Rodney Sacks kept his eyes on his company's long-term efforts. "We continued to progress our strategic alignment with the Coca-Cola system bottlers," Sacks said, taking almost the identical sentence from last quarter's report and switching the word order.

Yet the CEO did go into detail about the moves that have already happened and those yet to come. In the first quarter, the state of Minnesota completed the switch, and the company launched Monster Energy in Argentina and a key market in India thanks to Coca-Cola bottlers there. In the coming months, Monster expects to roll out launches in Uruguay and several Middle Eastern and African countries, along with a transition within the Ecuadorian market.

Monster's stock buyback efforts also continued. The company spent $250 million on repurchasing 4.3 million shares of stock, paying an average of almost $58 per share. That's quite a bit higher than the $53 per share that the stock fetched immediately before the earnings report, but Monster now has a new $250 million program that it can use for future buybacks.

Monster Beverage shareholders weren't happy with the company's results, and the stock dropped 6% in after-hours trading following the announcement. Some acceleration in growth was good to see, but Monster will have to redouble its efforts to fully satisfy those who've been waiting for a new wave of growth similar to what the beverage company enjoyed earlier in its history.