Please ensure Javascript is enabled for purposes of website accessibility
Log In Help Join The Motley Fool
Free Article Join Over 1 Million Premium Members And Get More In-Depth Stock Guidance and Research
By Rich Smith – Updated May 9, 2018 at 12:11PM

Shares of Fluor (FLR 1.84%) got devastated after earnings last week.

Analysts had been expecting the engineering and construction titan to report $0.77 per share in profit for fiscal Q1. When Fluor reported a $0.13-per-share loss instead, investors revolted -- sending Fluor stock down 22% in a day (and down a bit more in the days that followed). What goes down sometimes comes back up, however, and we're seeing that happen in early trading today, as Fluor shares get back up off the floor (sorry, I couldn't resist) and climb higher on the back of an upgrade from Merrill Lynch. 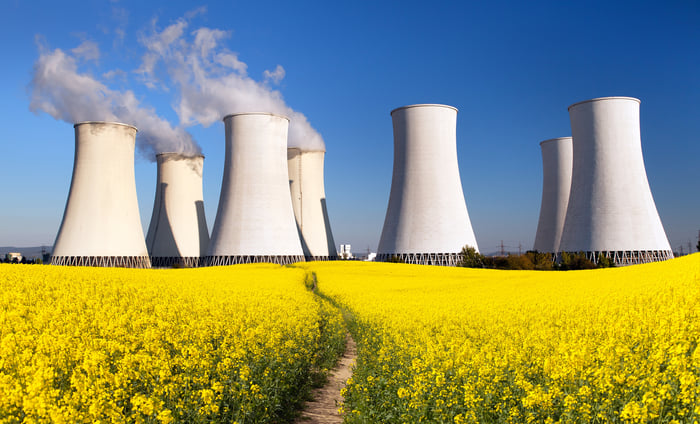 Fluor reported a $0.13-per-share loss for its fiscal first quarter, a big comedown from the $0.43-per-share profit it had earned one year prior. Fluor blamed the loss on a $0.69-per-share charge to earnings taken to account "for forecast revisions on a gas-fired power project." CEO David Seaton said, "Results for the quarter did not meet our expectations as a result of continued challenges on a gas-fired power project." If not for that charge, Fluor would have earned a profit, and earnings would have been $0.56 per share.

But here's the thing: Even without that charge, Fluor's earnings would have fallen short of the $0.77 per share in profit that Wall Street was looking for. Worse, Fluor cut its guidance for full-year profits by much more than the gas-fired misfire would appear to necessitate. Indeed, Fluor cut guidance by a full dollar, to a new range of $2.10 to $2.50.

And yet, if you ask Merrill Lynch, Fluor's sell-off has the silver lining of providing new investors a much more attractive entry price into the stock. What's more, Merrill Lynch thinks you should enter Fluor today, upgrading the shares to buy.

From what it's seeing in the "capex cycle," construction firms like Fluor that cater to the energy and mining industries are in the "early innings" of a cyclical recovery, explains Merrill Lynch in a note today on TheFly.com. It believes that energy and mining companies have underinvested in capital equipment over the past few years, and the analyst predicts a recovery in capex spending among Fluor's customers in H2 this year (hint: H2 begins in less than two months). The banker even goes so far as to say that Fluor's energy and mining profits could "double."

Merrill's advice therefore is to get ahead of the trend and buy Fluor today, because this stock is going to $58 a share within a year.

Energy and mining are big parts of Fluor's business. Along with one additional business in the company's flagship energy, chemicals, and mining segment, they accounted for nearly half the company's revenue last year, and for as much as two-thirds of annual revenue over the last three years, according to data from S&P Global Market Intelligence.

On the one hand, this data supports Merrill Lynch's thesis that Fluor customers have been underspending on capital investment "over the past few years." At the same time, it suggests that Fluor's results could indeed improve dramatically in the event capital spending in energy and mining goes up. What's more, the analyst's optimism about a recovery in these markets makes sense, given what we've seen happening in commodities pricing.

In energy alone, for example, we've seen the price of oil crater below $30 a barrel in early 2016, only to more than double over the next two years. (WTI crude is currently trading for close to $70 a barrel.) It makes sense that, with oil now more profitable to extract, Fluor's oil industry customers would ramp up their capital spending this year to take advantage of the more attractive prices their product can now command -- and this would be good news for Fluor.

Fluor looks well-positioned to capitalize on this trend itself. The company's balance sheet, while not exactly debt-free, is at least net debt-free. Fluor has roughly $200 million more in cash on hand than it has debt on its books, leaving it in a net cash position on the balance sheet.

So far, things aren't looking great on this front. In last week's update, Fluor noted that while it took in $4.8 billion in revenue in Q1, it won only $2.5 billion in new contracts to replace that revenue. The company's backlog of work to perform continued shrinking, and now stands at just $29.1 billion, down 30% from one year ago.

Merrill seems to think this situation will improve over the next few months, and if it's right, Fluor stock could turn around in a hurry. As for me, I'll be watching like a hawk. When I first recommended Fluor shares on Motley Fool CAPS last year, copious free cash flow was a big part of my personal buy thesis.

Despite Merrill Lynch's endorsement, now that FCF has disappeared, I'm giving serious thought to changing my CAPScall and giving Fluor a thumbs-down instead.