Please ensure Javascript is enabled for purposes of website accessibility
Log In Help Join The Motley Fool
Free Article Join Over 1 Million Premium Members And Get More In-Depth Stock Guidance and Research
By Daniel Sparks - May 9, 2018 at 10:06AM

A new platform for restaurants demonstrates Square's knack for expanding and fortifying its payment and point-of-sale ecosystem.

Financial technology and mobile payments company Square (SQ 8.52%) rose more than 4% on Tuesday after the company announced a new platform for helping restaurants streamline their operations. The stock's gain adds to a recent bullish run after the company's first-quarter earnings report. Shares are up more than 10% in May.

In addition to serving as a fully integrated point of sale system for restaurants, the new platform prominently integrates the company's 2014 acquisition of food delivery service Caviar, giving the acquired business a new catalyst for growth. This is the "first time restaurants will be able to benefit from the simplicity of a combined first-party ordering platform and point of sale," Square said in a press release about the new platform.

Here's what Square investors should know about Square for Restaurants. 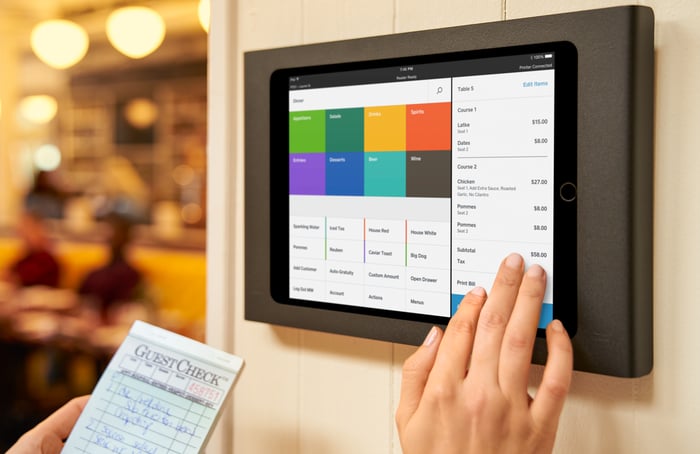 What is Square for Restaurants?

Tailored specifically for the restaurant industry, Square for Restaurants aims to streamline both front- and back-end operations at restaurants.

Square detailed the platform in its press release:

Importantly for investors, Square works seamlessly with the rest of the company's ecosystem, including its payroll service, Square Capital, and more.

Caviar was already doing well on its own

In Square's first-quarter update, before its new restaurant platform was announced, management said Caviar was already doing well on its own, citing it as one of the key drivers for Square's 98% year-over-year increase in subscription and services-based revenue.

Caviar continues to perform very strongly. We're seeing growth in both the number of orders and in the average ticket size. It's a reason why we continue to go back and invest in that business because we think we're doing something very different here, we're partnering with our sellers. And delivery and pick up become another way for them to grow their business. It's effectively the omnichannel play for food.

One of the reasons some investors may be betting on Square is for its ability to launch new products and continue building out its platform, ultimately expanding its monetization opportunities. The launch of Square for Restaurants supports this thesis. 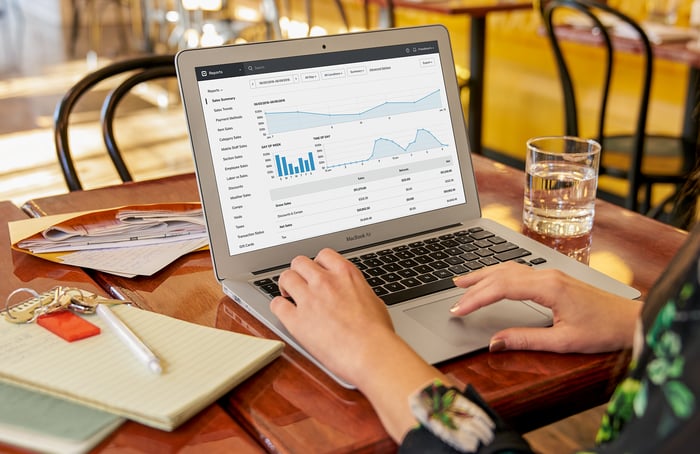 Square really started ramping up its efforts to expand its ecosystem to complement its core managed payments and point-of-sale business in 2014. Major products launched or acquired since 2014 include Square Capital, Caviar, Invoices, Instant Deposit, and Build with Square APIs (application programming interface).

This expansion is paying off.

"Products launched since 2014 continue to scale, and in the fourth quarter of 2017 they generated 36% of Adjusted Revenue, up from 25% in the prior year period," Square said in its fourth-quarter shareholder letter.

And Square's more recent launch of its $999 Register -- a fully integrated hardware, software, and payment system -- is similarly looking like it's a winner. Average gross payment volume on Square Registers is over $300,000, Square said in its first-quarter shareholder letter.

With the launch of Square for Restaurants, management now has point-of-sell offerings catered specifically to retail, service-based businesses, and restaurants. The platform will not only help the company expand in restaurants, but it helps generate more demand for the rest of Square's ecosystem.