Shares of Pinnacle Foods Inc. (NYSE: PF) were moving higher in April after the packaged-foods company became a target of activist investor Jana Partners. As a result the stock finished the month up 12%, according to data from S&P Global Market Intelligence. 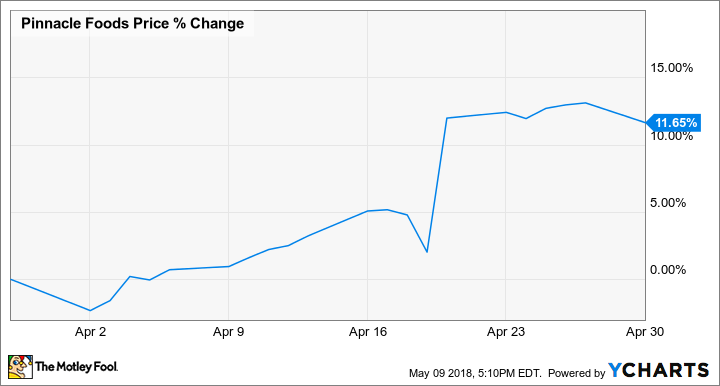 The parent of brands like Duncan Hines bake mix, Log Cabin maple syrup, and Smart Balance butter substitute gained 10% on April 20 as Jana revealed a 9.1% stake in the company. Investors were hopeful that the activist investors would have the same success it had with Whole Foods when it pushed for a sale of the organic grocer, finding Amazon as a buyer. 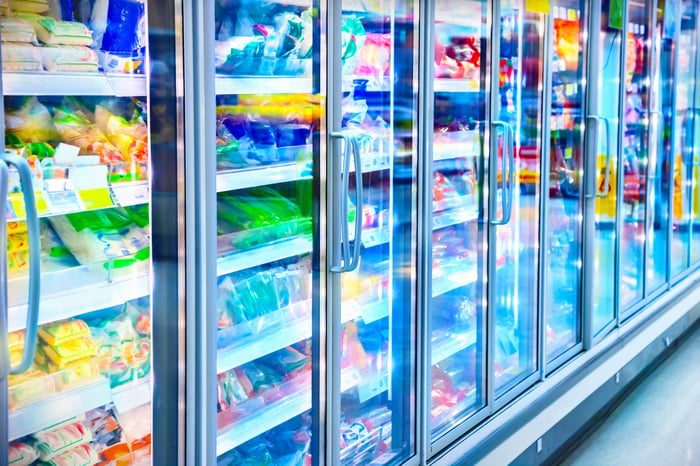 In a filing, Jana said it intended to discuss strategic options with Pinnacle's board and management to improve operations and lower costs. The hedge fund also aimed to push for a potential sale as Pinnacle's strength in frozen foods could make it attractive to other food companies.

After the month ended, Pinnacle shares gained on its first-quarter earnings report on May 3, climbing 3% as the company beat earnings estimates on top and bottom lines. Revenue in the period ticked up 1.7% to $778.8 million, ahead of estimates at $763.2 million, while adjusted earnings per share improved from $0.50 to $0.57, topping expectations by a penny.

Pinnacle's frozen segment was a bright spot, delivering 3.5% consumption. CEO Mark Clouse said he expected gross margin to improve over the duration of the year, and the company is targeting 15%-17% EPS growth for the year to $2.85-$2.95.

Following the earnings report, an agreement expired between Jana and Conagra, another target of Jana's, which will make it easier for Jana to push for a combination of the two companies.

No one knows for sure if Jana will be successful in getting Pinnacle to sell itself, but as long as it's agitating for a sale, Pinnacle's stock price should remain elevated.