Please ensure Javascript is enabled for purposes of website accessibility
Log In Help Join The Motley Fool
Free Article Join Over 1 Million Premium Members And Get More In-Depth Stock Guidance and Research
By Anders Bylund - May 10, 2018 at 2:05PM

An analyst returned home from China with a positive view of how the local networking market is shaping up. AOI investors embraced that nugget of news with a 21% three-day stock gain.

Shares of Applied Optoelectronics (AAOI -0.56%) gained 27.5% in April 2018, according to data from S&P Global Market Intelligence. The maker of components and modules used in high-speed fiber-optic networking equipment scored over half of that gain in a single day thanks to a rosy analyst note.

In a research note published on April 11, analyst firm Rosenblatt reported strong demand for data center equipment in China along with signs that Applied Optoelectronics (AOI) seemed to be regaining market share with major customer Facebook. The firm found both Chinese and American rivals launching discount programs in order to compete with AOI's high-speed products, which should put some pressure on the company's average selling prices while also demonstrating AOI's strong market position.

Share prices surged 14.5% higher the next day and the gains expanded to 21% over a three-day period with no other news to speak of. 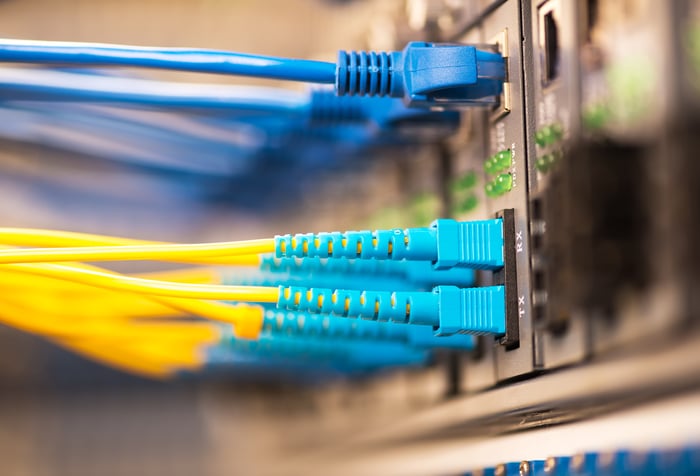 Some of the bloom came off Applied Optoelectronics' gains in early May as first-quarter earnings fell short of analyst expectations. But this is a generally volatile stock and the gains in May have largely kept pace with that single downside trigger's losses.

Today, AOI shares are trading at an affordable 9.5 times trailing earnings and 7.3 times free cash flows. The market remains worried about soft Chinese demand and cautious network deployments in the data center sector, but AOI appears to be champing at the bit here. Any sign of further improvement in these sectors would likely be followed by another surge in Applied Optoelectronics' share prices.