Please ensure Javascript is enabled for purposes of website accessibility
Log In Help Join The Motley Fool
Free Article Join Over 1 Million Premium Members And Get More In-Depth Stock Guidance and Research
By John Rosevear - Updated May 11, 2018 at 9:08AM

Ferrari's new 812 Superfast could also be called the "Superprofitable."

Italian supercar maker Ferrari N.V. (RACE 0.47%) said on May 3 that its first-quarter net profit jumped 19% from a very good year-ago result, thanks to strong sales of the new V12-powered 812 Superfast model.

Ferrari also reiterated its upbeat guidance for the full year. Ferrari's new 812 Superfast lives up to its name -- and demand has been very strong. Image source: Ferrari N.V.

Ferrari's quarter in a nutshell

Ferraris are all high-performance cars, but the company's models range from hard-edged two-seat sports cars to somewhat softer-riding four-seaters. For investors, Ferrari's model range is best thought of in two groups: those with 8-cylinder engines, and those with 12-cylinder engines. All are very profitable by auto-industry standards. But as much of Ferrari's brand mystique is built around its V12s, its 12-cylinder Ferraris are higher-priced and even more profitable than the company's 8-cylinder models.

The big story for Ferrari in the first quarter was its fierce 12-cylinder 812 Superfast, which starts around $335,000 in the U.S. The 812, introduced last year, is a front-engined, two-seat model powered by a 6.5 liter, 789-horsepower V12 engine -- the most powerful naturally aspirated (that is, not supercharged or turbocharged) internal combustion production-car engine ever made, by Ferrari or anyone else. 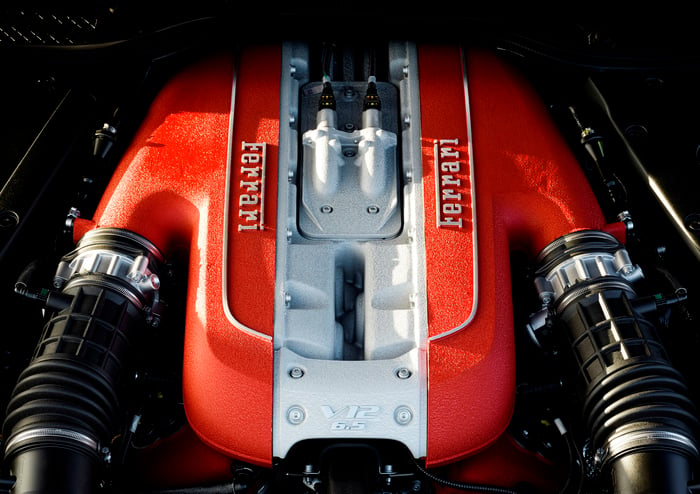 Ferrari tends to pack its two-seat models with performance features, and reviews have emphasized that the 812 Superfast features exceptional handling and braking capabilities to go with that mighty V12. But for a certain kind of well-heeled sports-car fan, that most-powerful-ever engine makes the 812 Superfast a must-buy -- and that's a big part of why Ferrari's operating margin was an eye-popping 25.3% in the first quarter.

Also affecting Ferrari's first-quarter results: Its California T model, a four-seat 8-cylinder convertible, was discontinued in the third quarter of 2017. Its successor, called the Portofino, hadn't yet started shipping in the first quarter. The California T was a strong seller in some regions; its absence partially offset Ferrari's sales gains in some regions.

The majority of Ferrari's revenue comes from sales of its road cars (and spare parts), but it also generates revenue from the sale of engines to former sister brand Maserati -- from what it calls "sponsorship, commercial, and brand" activities related to its Formula 1 racing team, Scuderia Ferrari, and "other," most from a small captive-financing operation.

Here's how each contributed to Ferrari's 821 million euros in revenue in the first quarter: 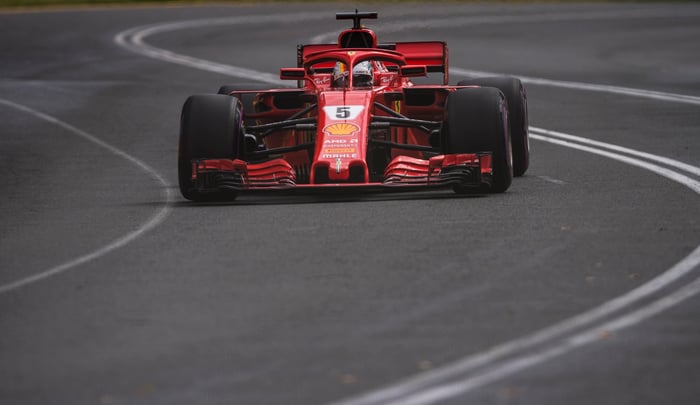 How Ferrari performed by region

Ferrari's car sales were up year over year in all four of its regional units.

Americas: Shipments went up 4.4% from a year ago. In the U.S., Ferrari's largest single market, shipments rose a bit over 2% on demand for the 812 Superfast and continued strong sales of the 12-cylinder GTC4Lusso and 8-cylinder 488 series models, offset somewhat by the end of the 8-cylinder California T's model run.

Europe, Middle East, and Africa: Shipments to this region increased 6.7% from a year ago, as double-digit percentage sales growth in Europe was somewhat offset by tough market conditions in the Middle East. Good demand for the 488 and 812 Superfast models drove sales growth in the U.K. (up almost 11%), Italy (up 16%), France (up 10%), and Germany (up 4%).

China, Hong Kong, and Taiwan: An 18% year-over-year rise in sales in China helped drive a 13.7% gain for the overall region. Demand was brisk for the 488 and GTC4Lusso models as well as the 812 Superfast.

Rest of Asia-Pacific: Sales in this region inched up 3.8% from a year ago, as demand for the 12-cylinder models was partially offset by the phaseout of the California T. 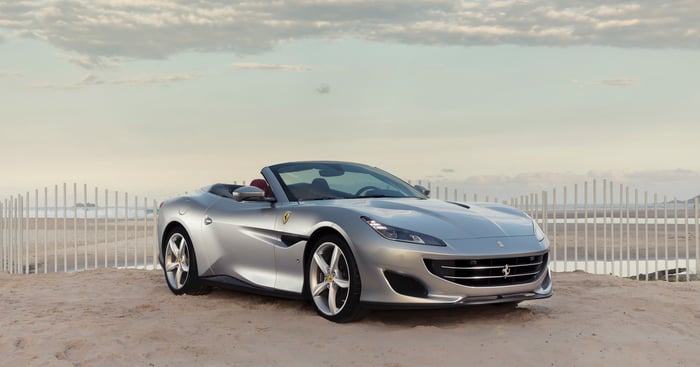 The new Ferrari Portofino is a four-seat convertible powered by a V8 engine. It will succeed the now-discontinued California T model when it begins shipping in the second quarter. Image source: Ferrari N.V.

What Ferrari's CEO said about the quarter

Ferrari has experimented with raising its pricing over the last several quarters, in search of fatter margins. So far, that has worked out very well -- but CEO Sergio Marchionne said that Ferrari is still trying to figure out just how high its prices can go before buyers start to turn away.

I think a lot of it depends on the product portfolio and the positioning of what we offer. But the way in which we end up ultimately pricing in the marketplace is something that we are quickly learning how to do. And I don't think we have explored the edges of the possible. So I -- bear with us as we learn.

I think the worst thing that could happen to us is that we end up mispricing and overpricing. And then it's not really an easily recoverable position because if -- you don't do this elegantly. I mean, overpriced products that need to be redimensioned have a very negative impact on brand, and I think we've been careful not to go beyond what we think we can do. I still think that there's room to be explored.

It will become a lot easier, I think, as we keep on rejuvenating the product portfolio. 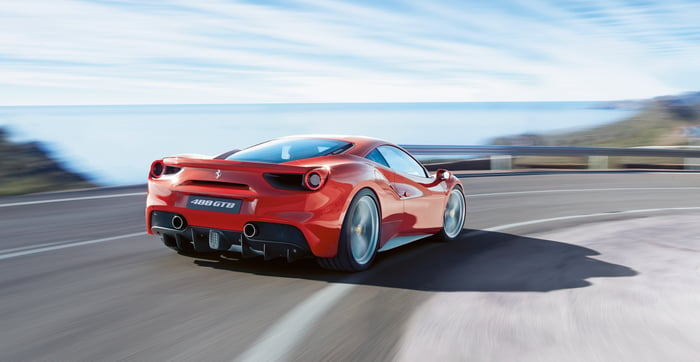 Looking ahead: Ferrari's guidance is unchanged

Ferrari reiterated its outlook for the full year. It still expects:

The bottom line: Despite ongoing exchange-rate pressures, Ferrari expects to continue on its highly profitable course.