Please ensure Javascript is enabled for purposes of website accessibility
Log In Help Join The Motley Fool
Free Article Join Over 1 Million Premium Members And Get More In-Depth Stock Guidance and Research
By Jeremy Bowman - May 10, 2018 at 4:42PM

Shares of the meal-kit service fell for the second day in a row as the company gave back gains after a strong earnings report.

Shares of Blue Apron Holding Inc (APRN 12.64%) were falling today as the stock continued to pull back after a post-earnings surge that had sent it up as much as 39%. There was little direct news out on the company today as the sell-off seemed to be mostly a correction from the run-up following its earnings report. Shares closed down 8.1%. 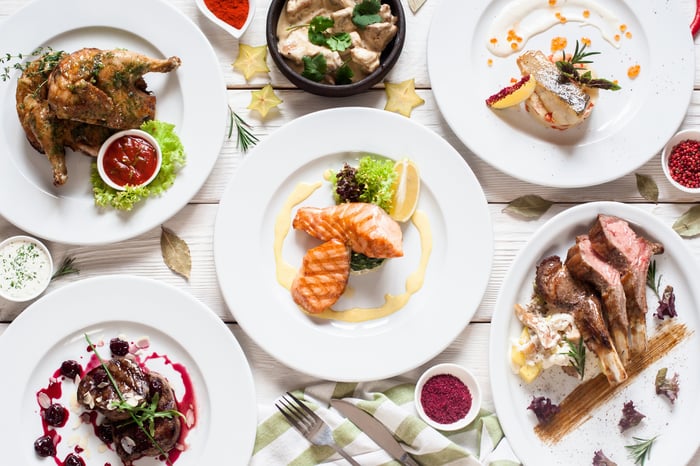 Blue Apron shares have been volatile and trading in heavy volume since its first-quarter earnings report last week when the company beat earnings estimates and showed sequential customer and revenue growth for the first time in several quarters. It also announced a new pilot with Costco Wholesale (COST 1.35%), the first step in its plan to sell its meal kits in stores.

Investors cheered both the report and the Costco deal, and shares gained for four sessions in a row. With 37% of the stock sold short, a short squeeze also could have helped boost the stock. However, today is the second straight day that Blue Apron stock has fallen after a 6% slide yesterday, showing that investors seemed to think the stock was overbought after the recent rally.

Separately, Blue Apron announced this morning a partnership with supermodel and bestselling cookbook author Chrissy Teigen to bring six of her recipes to Blue Apron customers for a six-week period starting in June. Teigen is a popular celebrity with more than 10 million followers on Twitter, so the tie-up seems like a smart move by the company. Today's stock sell-off seems coincidental.

With the Costco pilot and partnerships with Airbnb and Teigen, Blue Apron, under new CEO Brad Dickerson, isn't standing still. Investors, however, likely won't regain faith in the stock until the financial performance significantly improves.