Shares of BT Group (NYSE:BT) have fallen today, down by 10% as of 3 p.m. EDT, after the company reported first-quarter results. The British telecom giant also announced it would be cutting 13,000 jobs, and that it needs to contribute more to its pension due to a deficit. 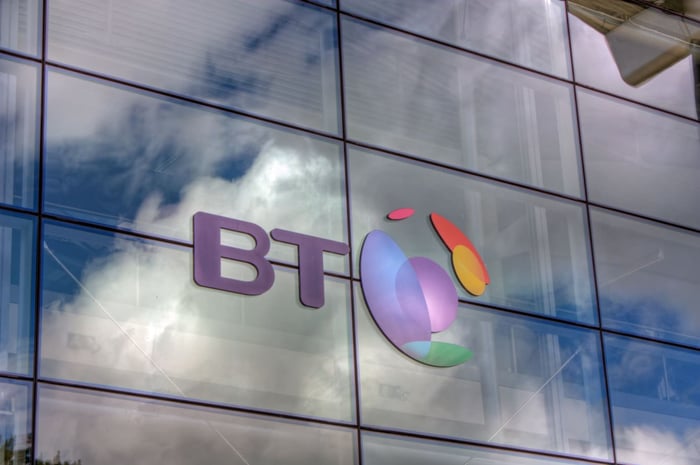 BT Sport viewership was up 19%, which was the second-best performance since launch.

The strategy update that BT announced will cut 13,000 jobs over the next three years. The layoffs will save 1.5 billion pounds ($2 billion) in cash costs, but BT will incur 800 million pounds ($1.1 billion) in costs. The cost reductions will "help offset near term cost and revenue pressures." The company says the new strategy will transform BT's operating model and strengthen its position in converged connectivity and services.

Additionally, BT will freeze its dividend.