Revenue in the fiscal second quarter came in at 5.9 billion pounds ($7.65 billion), resulting in EBITDA of 1.88 billion pounds ($2.44 billion). The company has already cut 2,000 jobs since the restructuring was announced in May, helping lower costs. The plan calls for BT to eliminate 13,000 jobs over three years. Outgoing CEO Gavin Patterson said the cuts would generate 350 million pounds ($454 million) in annual savings. 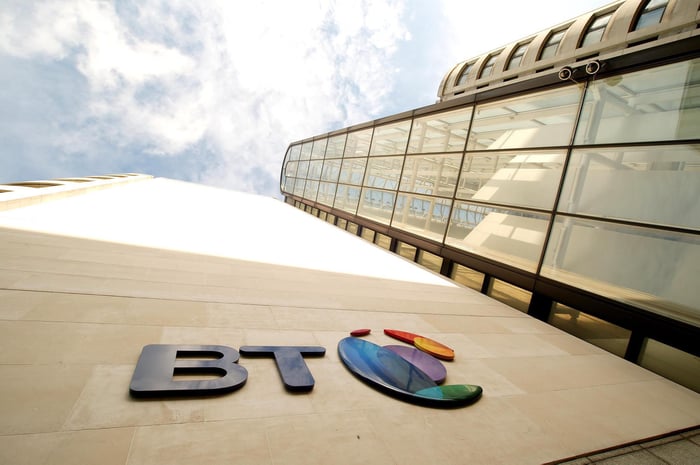 BT announced in June that it was removing Patterson as CEO, and last week named Worldpay co-CEO Philip Jansen as its new CEO, effective Feb. 1, 2019. Patterson is committed to ensuring a smooth transition.

"We continued to generate positive momentum in the second quarter resulting in encouraging results for the half year. We are successfully delivering against the core pillars of our strategy with improved customer experience metrics, accelerating ultrafast deployment and positive progress toward transforming our operating model," Patterson said in a statement. He continued:

In Consumer, we continue to see strong sales of our converged product, BT Plus, and have seen good mobile sales following new handset launches. Last month EE demonstrated 5G capability from a live site in Canary Wharf. We have maintained momentum in our enterprise businesses despite legacy product declines.

Investors were particularly pleased that BT narrowed its guidance range for the fiscal year, and now expects EBITDA to be 7.3 billion pounds to 7.4 billion pounds ($9.47 billion to $9.6 billion). However, BT also warned that its pension liabilities could rise substantially following a court decision last week.