Please ensure Javascript is enabled for purposes of website accessibility
Log In Help Join The Motley Fool
Free Article Join Over 1 Million Premium Members And Get More In-Depth Stock Guidance and Research
By Beth McKenna – Updated May 11, 2018 at 2:39PM

The artificial intelligence leader's fiscal Q1 report was a thing of beauty.

Wall Street was expecting adjusted EPS of $1.45 on revenue of $2.89 billion, so NVIDIA crushed it. Again.

NVIDIA shares were down about 3% in after-hours trading on Thursday. This "blow-out expectations/stock drop" dynamic isn't uncommon. The market's expectations are sky-high for NVIDIA, with some market participants looking for any perceived hairline crack in the company's quarterly report -- and when you're looking everywhere to find fault, it's easy to do. The stock has returned a whopping 110% for the one-year period through Thursday. 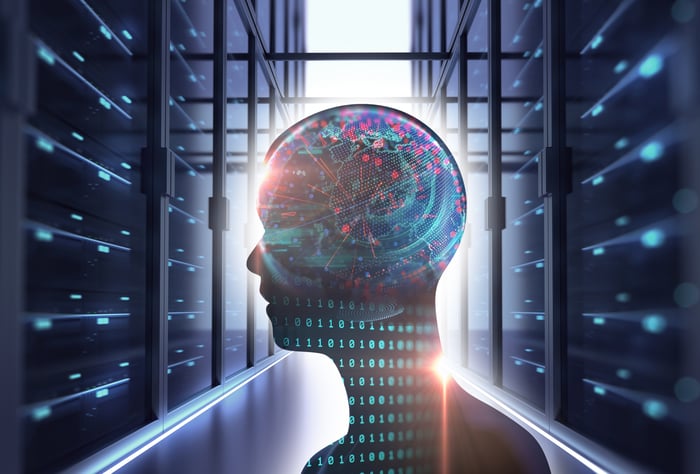 Gaming GPU growth was driven by the soaring popularity of esports, brisk demand for top cinematic-quality video games, and momentum of the Battle Royale genre. Sales edging down 1% from the previous quarter isn't a matter of concern -- gaming gets a boost from holiday sales. The success of the Nintendo Switch gaming console remains a tailwind, as NVIDIA supplies Tegra processors for this product. These sales tallied $442 million, up 33% from the year-ago quarter.

Auto remains a relatively slow-grower, but we'd expect that at this stage. NVIDIA has been laying the groundwork for significant growth when driverless vehicles become legal to sell across the county, which many industry experts believe could occur as early as 2021. More than 370 entities are developing vehicles and systems based on NVIDIA's AI-powered autonomous vehicle platform, DRIVE PX. The company's partners include top automakers such as Toyota, Mercedes-Benz, and Audi, and ride-hailing giant Uber.

OEM sales included $289 million in revenue from application-specific boards for cryptocurrency mining. These sales represent about 9% of NVIDIA's total quarterly sales. That said, the crypto market represents a bigger portion of the company's business than this percentage suggests. Some miners buy the company's GeForce gaming GPUs rather than its application-specific product, so these sales would fall into gaming. These sales can't be accurately quantified.

It also announced many new products or product upgrades:

NVIDIA had a terrific quarter. In the press release, CEO Jensen Huang summed up the bright picture ahead:

At the heart of our opportunity is the incredible growth of computing demand of AI, just as traditional computing has slowed. The GPU computing approach we have pioneered is ideal for filling this vacuum.

Editor's note: This article has been updated to note that revenue from application-specific boards for cryptocurrency mining equaled about 9% of total revenue.