Shares of Zillow Group, Inc. (NASDAQ:Z) (NASDAQ:ZG) sold off last month as the market expressed dissatisfaction with the company's plan to flip houses. As a result, both classes of stock closed April down around 10%, according to data from S&P Global Market Intelligence.

As the chart below shows, Zillow Class A shares fell sharply in the middle of the month, when the real-estate specialist announced the move: 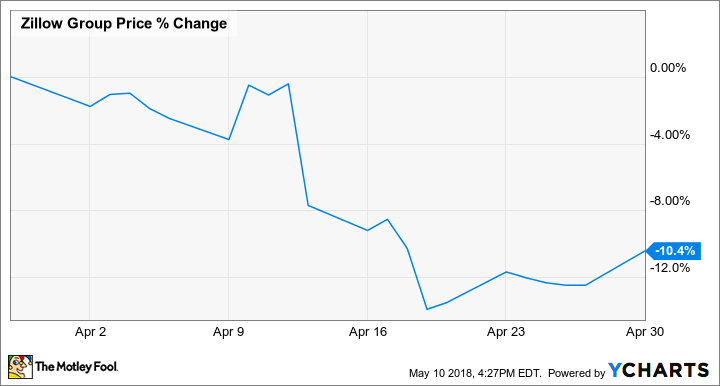 Zillow, which owns a number of real-estate listing sites including StreetEasy and Trulia in addition to its namesake, said it would test a program to buy and sell homes in the Phoenix and Las Vegas markets from listers on its platforms. 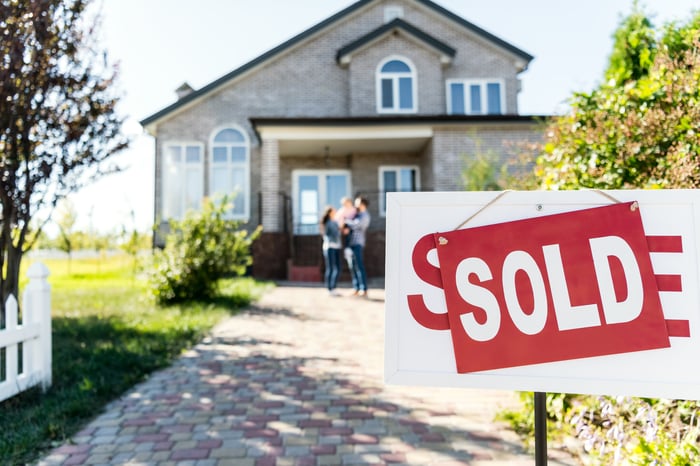 Zillow essentially plans to flip houses, saying: "When Zillow buys a home, it will make necessary repairs and updates and list the home as quickly as possible. A local agent will represent Zillow in the purchase and sale of each home, enabling agents to earn commissions."

The news seemed to take the market by surprise, as the company's business so far has been largely advertising-driven. And flipping houses is often seen as risky -- as well as a contributing factor to the housing collapse a decade ago.

The company plans to hold between 300 and 1,000 homes by the end of the year, an investment of $75 million to $250 million. By doing so Zillow is following competitors like Redfin and Opendoor into the space.

Class A shares fell 9.2% on the news, and dropped again after Morgan Stanley downgraded the stock, lowering its price target from $55 to $50 and saying the move offers lower-margin profit and is riskier than Zillow's core advertising business.

In May, Zillow shares recovered those losses in anticipation of the company's first-quarter earnings report. However, the Class A stock fell 2% on May 8 when the report came out; management lowered its sales outlook, and due to valuation concerns, both classes of shares were downgraded by RBC Capital to "market perform."

As for the house-flipping plans, Wall Street's concerns could prove misguided. Zillow may have more data than anyone else on the housing market, and flipping homes is one way to leverage that information. As a pilot program in just two markets, it also won't threaten the larger business if it doesn't work out. Considering that, the stock's recovery in May seems deserved.