Please ensure Javascript is enabled for purposes of website accessibility
Log In Help Join The Motley Fool
Free Article Join Over 1 Million Premium Members And Get More In-Depth Stock Guidance and Research
By Ashraf Eassa - May 13, 2018 at 7:00AM

Last quarter, Apple (AAPL 0.63%) reported that its gross profit margin ticked down from 38.9% of revenue a year ago to 38.3% of revenue. The year-over-year change wasn't huge and since Apple's revenue grew substantially from a year ago, its total gross profit -- that's revenue less cost of goods sold -- grew by nearly $3 billion year over year. The tech titan is still extremely profitable.

That said, investors should aim to understand what drives key aspects of a company's business, so to that end, let's explore what drove Apple's gross profit margin percentage down year over year and what, if any, long-term implications there could be from that decline. 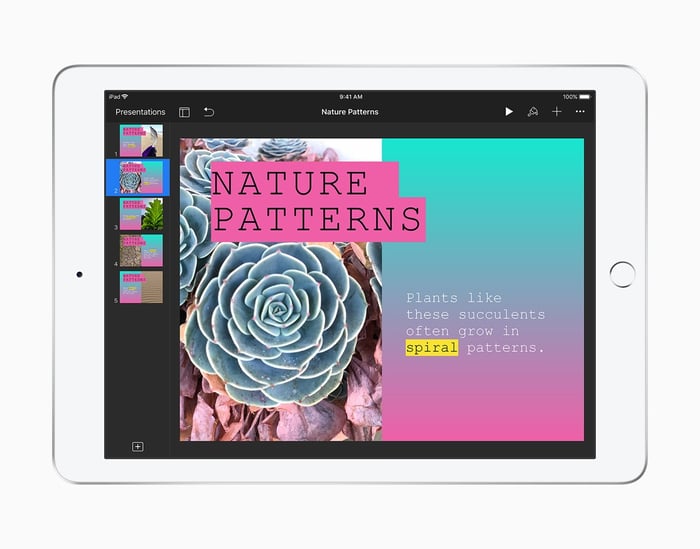 Now, let's say that I start selling smartphones that cost me $500 to manufacture. If I price the phones at $650, then my gross profit margin percentage per device is still 30% even though my product cost structure is up.

What happened here is that even though Apple has reported significant average selling price growth in its iPhone business (its largest business by revenue and the main driver of gross margin), its cost structure growth as a percentage of the device selling price was greater. This means that on a percentage basis, its products were less profitable last quarter than they were in the prior year (though in absolute dollar terms, Apple generated more gross profit last quarter than it did in the year-ago quarter).

I'll explain both of these.

We can apply this argument to Apple's services business, too. Apple doesn't go into detail about the relative margin structures of its various services, but it's generally believed that Apple's AppleCare and App Store sales tend to be more profitable than, say, its Apple Music business. So, Apple's higher-margin services becoming a larger percentage of its overall services revenue than the lower-margin ones helped to boost services gross profit margin and help to offset the bad news on the product cost structure front.

Finally, Apple mentioned foreign exchange tailwinds. The way this works is simple: Apple recognizes its revenue in dollars, but in countries outside of the U.S., the company needs to price its products based on local currencies. An Apple customer in China, for example, isn't going to buy an iPhone with dollars, but with yuan.

Apple has to take those local currencies and exchange them for U.S. dollars, so when foreign currencies are strong relative to the U.S., those foreign sales translate into more dollars than they do when they're weak against the dollar.

It's not hard to see why, then, Apple benefits when foreign currencies are stronger relative to the dollar and is negatively impacted by a strong U.S. dollar, especially since well over half of Apple's revenue comes from outside of the United States.