In response to an analyst upgrade, shares of Tandem Diabetes Care (NASDAQ:TNDM), a medical device company focused on insulin pumps, rose 16% as of 11:30 a.m. EDT on Monday.

Tandem's shareholders can thank JP McKim, an analyst at Piper Jaffray, for today's double-digit jump. McKim upgraded Tandem's stock from neutral to overweight on Monday and increased his price target on the stock to $13.00. That's substantially higher than his prior price target of $8.00 and also well above the stock's closing price of $8.90 on Friday.

McKim's decision to upgrade the stock was based on his belief that the company will boast a "superior closed loop system for several years" enabling the company to continue to grab market share at a rapid pace. 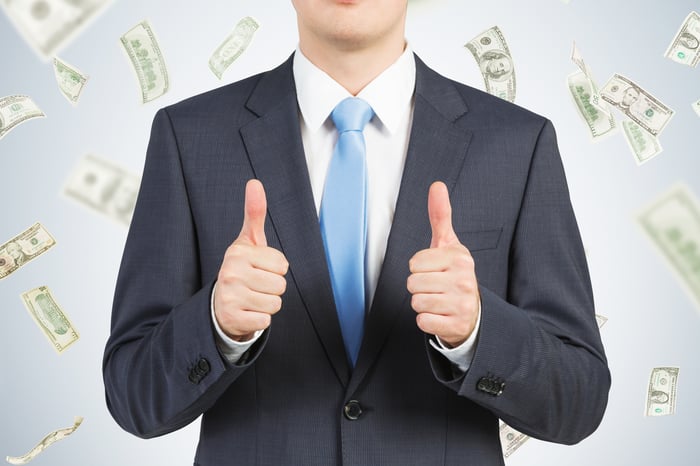 A "closed loop" system is another name for an artificial pancreas, which is a combination device that will monitor a patient's blood glucose levels and use an algorithm to dose them with insulin when needed. Tandem has been working with its partner DexCom (NASDAQ:DXCM) for many years to bring such a device to market.

Traders are bidding up the share price today based on McKim's bullish statements.

Tandem's stock has been on a massive tear since it bottomed out earlier this year. It's up more than 346% since January, which is a remarkable move in a short period of time. The optimism has been fueled in part by a great first-quarter report.

The huge run in recent months might make you conclude that this has been a great stock to own. However, if you zoom out to include the company's entire history on the public markets, you'd get a different story: 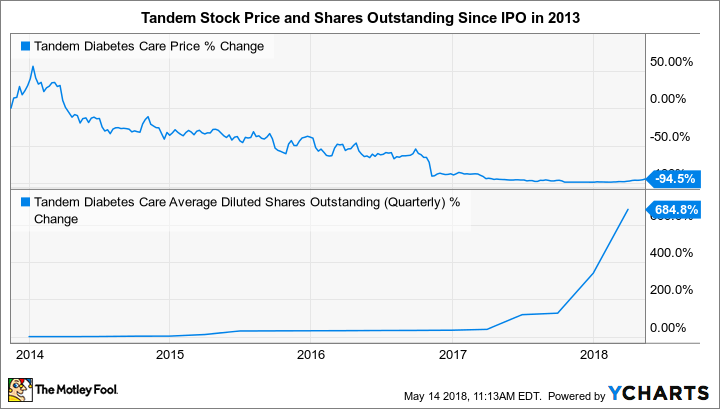 McKim may be correct when he says that Tandem will be a leader in the race to get the first truly closed-loop system to market. If that happens and the company can maintain its edge for several years, then the stock could be poised for a big run. However, the company faces steep competition from the likes of Medtronic and Insulet, both of which are gunning to introduce artificial pancreases of their own to market as soon as possible. I'm not quite as confident as McKim that Tandem will be able to get there first and maintain its edge for long.

In the meantime, Tandem's financial statements are likely to remain ugly for quite some time. Last year, it lost $73 million, and it's guiding for another considerable loss in 2018 as well. That likely means that it won't be long before the company taps shareholders yet again to keep the business afloat.

Overall, I think that Tandem has a great product, and I admit that the company could be poised to continue growing rapidly from here. However, it's been an awful long-term investment and its financial situation remains extremely dicey. For that reason, I'll be keeping this stock far away from my portfolio for the foreseeable future.

10 stocks we like better than Tandem Diabetes Care
When investing geniuses David and Tom Gardner have a stock tip, it can pay to listen. After all, the newsletter they have run for over a decade, Motley Fool Stock Advisor, has quadrupled the market.*

David and Tom just revealed what they believe are the 10 best stocks for investors to buy right now... and Tandem Diabetes Care wasn't one of them! That's right -- they think these 10 stocks are even better buys.