Please ensure Javascript is enabled for purposes of website accessibility
Log In Help Join The Motley Fool
Free Article Join Over 1 Million Premium Members And Get More In-Depth Stock Guidance and Research
By Danny Vena - May 14, 2018 at 6:45AM

The company continued its strong trajectory from last year.

Expectations were high for high-power laser-maker IPG Photonics Corporation (IPGP 2.87%). Last year was one of the strongest years in the company's history, and the stock price more than doubled. The company's had several years of stellar results and going into its financial report, investors were fearing a slowdown and were looking for any indication that IPG's trend could continue -- and they got just what they were looking for.

For the just completed first-quarter, IPG reported revenue of $359.9 million, an increase of 26% year over year. This beat analysts' consensus estimates of $346.35 million and surpassed the high end of the company's own forecast in a range of between $330 million and $355 million. 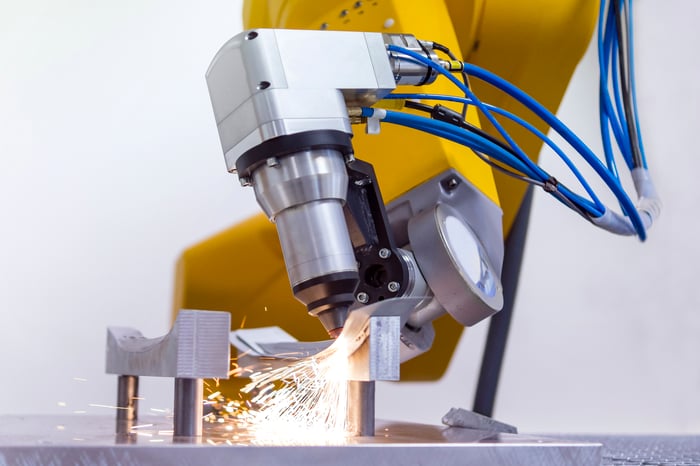 Higher gross margins and a lower percentage of expenses combined to boost the company's operating income, which increased 39% year over year to $141.1 million. Net income also jumped, producing earnings per share of $1.93, up 40% compared to the prior year quarter and well above analysts' expectations for $1.79 per share.

The vast majority of the growth came from materials processing, which increased 28% year over year and accounted for 94% of the company's total revenue. This was the result of strength in both cutting and 3D printing applications. High-power CW lasers were still in high demand, up 37% year over year, with ultra-high power models coming in even stronger.

International sales helped power growth, as revenue in Germany soared 42%, while China and Europe each grew by 29%, and Japan increased 39% year over year. Growth was slower in the U.S., up only 3% compared to the prior year quarter. China now accounts for nearly 42% of IPG's revenue.

IPG Photonics' CEO Dr. Valentin Gapontsev commented on the quarter, saying "The momentum that carried IPG through an outstanding year in 2017 continued in the first quarter of 2018. We delivered record first quarter revenue and net income, driven by the rapid adoption of IPG's high power products within our largest market segments and geographies."

Even after a blockbuster first quarter, IPG decided not to update its full-year forecast, which calls for revenue to grow 10% to 15% to $1.585 billion at the midpoint of its guidance. The company did, however, provide a stronger forecast for the second quarter than many expected. IPG is expecting revenue in a range of $400 million to $430 million, which would represent growth of between 8% and 15% year over year. The company is guiding for earnings per diluted share of between $2.05 and $2.35, up 7% to 23% compared to the prior year quarter.

Although IPG doesn't update its bookings on a quarterly basis, Gapontsev said the company achieved the "highest level of quarterly bookings in the company's history."

IPG also reported a book-to-bill ratio above 1, showing strong demand for the coming quarter. The book-to-bill is a widely used ratio that is used to determine the strength or weakness of trends in the industry. A ratio at 1.0 or higher shows strong demand, while lower than 1.0 indicates weak or declining demand.

With both strong bookings and a solid book-to-bill, IPG appears to have everything in place to continue its spectacular growth going forward.