Please ensure Javascript is enabled for purposes of website accessibility
Log In Help Join The Motley Fool
Free Article Join Over 1 Million Premium Members And Get More In-Depth Stock Guidance and Research
By Dan Caplinger - May 14, 2018 at 9:04AM

Find out why concerns about the dialysis specialist's merger are getting worse.

For nine months now, investors in NxStage Medical (NXTM) have looked forward to the future. Having received and accepted a bid from Fresenius Medical Care (FMS 0.68%) last August to purchase the company for $30 per share in cash, NxStage has seen a lot more volatility in its stock than most acquisition targets. With a key deadline approaching within the next three months, it's hard not to be anxious about whether the deal will actually go through.

NxStage hasn't made a regular press release with quarterly financial results since it received its buyout bid from Fresenius Medical Care, but it's still complying with requirements to report results to the U.S. Securities and Exchange Commission. Once again, NxStage posted a loss, and that's putting even more pressure on getting a deal done so that shareholders can ensure they'll get their $30-per-share reward at the end of the day. 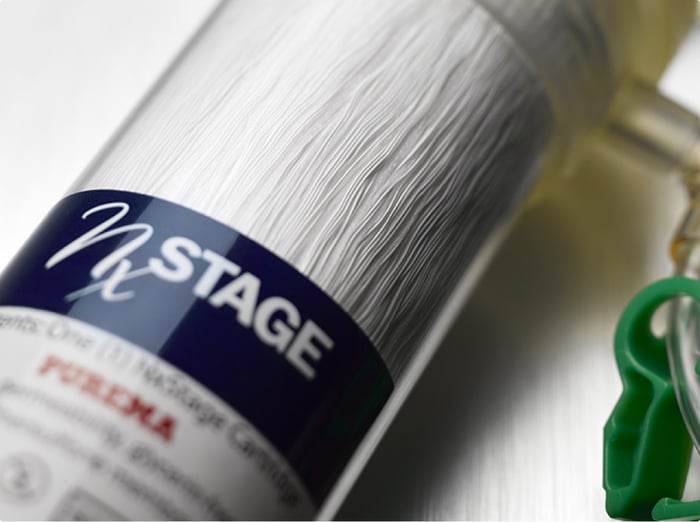 NxStage Medical's first-quarter results had some of the same characteristics we've seen in recent quarters. Revenue climbed to $107.3 million, up 11% from the first quarter of 2017. Net loss widened to $1.46 million, 23% worse than year-ago levels, and that translated on a per-share basis to a loss of $0.02 per share. Both figures were better than most of those following the stock were expecting to see.

The good news was that NxStage showed strength throughout its business segments in terms of revenue. Total System One segment revenue matched the 11% overall growth rate that the entire company posted, although somewhat surprisingly, the home-use revenue figure rose by just 7.5% from year-ago levels. Critical care use of System One produced over 20% more sales than in the first quarter of 2017. Even the long-struggling in-center segment managed to see top-line growth of 11%, and only slight declines in revenue from other products kept NxStage from posting a perfect sweep. Services segment sales were higher by 7% from year-ago figures.

Profits told a slightly different story. System One profit climbed 9% from the year-earlier period, but in-center bottom line was down almost 3%. Substantial losses for the other products and services units hurt NxStage's overall results substantially.

Two large customers remain vital to NxStage. DaVita (DVA 3.94%) still makes up 20% of its revenue in the first quarter, while Fresenius kept its 19% share of NxStage sales. Both figures were unchanged from prior-year levels, and the percentages haven't strayed far from those numbers in a long while.

A 10% gain in operating expenses allowed for some minimal improvement, but NxStage still posted an operating loss. Big gains in distribution and overhead expenses were particularly burdensome for the company as it tries to prepare for the merger.

As we saw three months ago, investors just don't seem convinced that the Fresenius deal will actually go forward. NxStage didn't report any further progress in obtaining approval from the U.S. Federal Trade Commission, and the merger agreement sets a date of Aug. 7 as the stated end date for getting such approvals. Fresenius has the right to about six more months to get antitrust clearance if necessary under certain circumstances, and it's on the hook to pay a $100 million reverse termination fee to NxStage if Fresenius can't get antitrust approval.

Yet investors still aren't convinced that NxStage will be able to get the deal done. The current share price represents a more than 12% discount to the $30 per share cash bid, and although that's far narrower than the nearly 20% discount that applied earlier in 2018, it's still much wider than you'd expect in a situation where there was more certainty about an acquisition going through.

NxStage investors won't really be satisfied until the companies get final antitrust approval from all necessary regulators and the deal closes. Until then, the fundamental weakness in NxStage's financial results shows that the downside risk if the deal doesn't go through is very real and could punish shareholders in the event of a refusal from the FTC.