2017 was a monumental year for Pembina Pipeline (NYSE:PBA), and this past quarter's earnings results reflected that. Every financial and operating metric across the board posted double-digit growth rates and the company's net income topped Wall Street expectations for the year.

After such a flurry of activity, investors may be wondering if Pembina Pipeline can maintain that pace in the coming years. So let's take a look at its most recent financial results and what investors can expect from here. 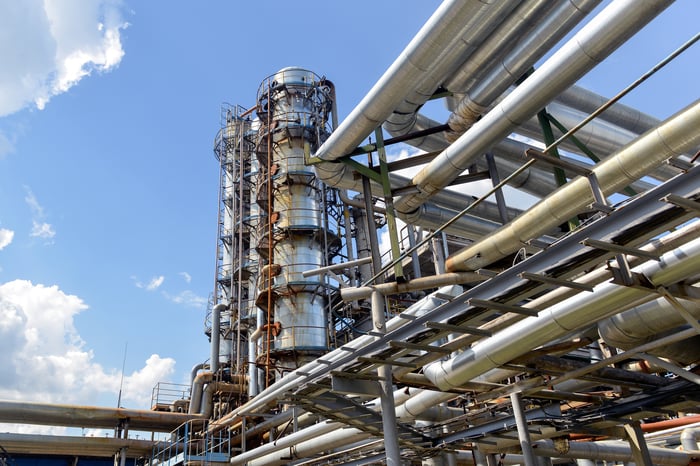 Up and down the income statement, Pembina's results look much improved compared to both this past quarter and the prior year. The only thing that looks a little out of place was the decline in net income, which was mostly attributed to a CA$70 million one-time gain related to the changes to the U.S. corporate tax rate.

This past quarter, management elected to change the way it reports its segmented earnings. So we can't really tell what these results look like compared to the prior quarter. Pembina did restate its prior-year results under this new structure, though. As you might expect, the starting up of several facilities as well as closing the Veresen deal led to significant growth across all segments. 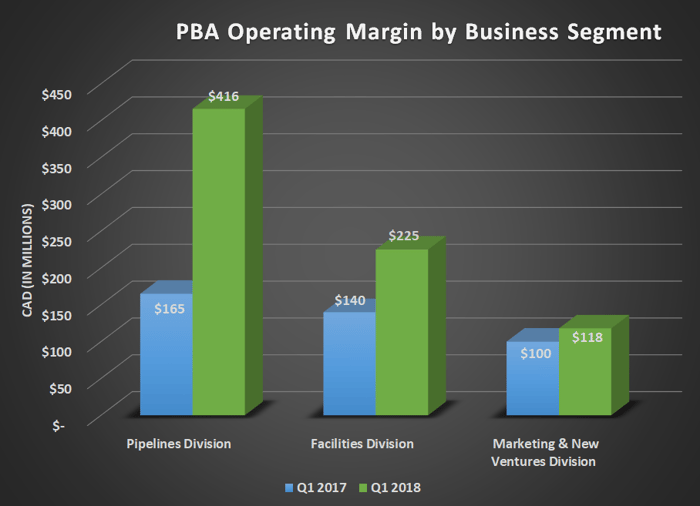 All of these gains can be attributed to both the acquisition of Veresen, which was completed in the third quarter of last year, and the start-up of more than CA$4.7 billion in projects ranging from its massive phase 3 conventional pipeline expansion to smaller natural gas processing and storage facilities. According to management, the addition of these facilities should increase adjusted EBITDA per share from CA$3.06 in 2016 to CA$5.00-CA$5.50 in 2018.

On Pembina's conference call, one analyst asked CEO Michael Dilger about the on the prospects of LNG exports from the West Coast of North America and Pembina's role in the future of LNG from both the U.S. and Canada. One concern is that if other companies were to give the green light for big LNG export terminals in British Columbia, it would diminish the returns for Pembina's potential project in Jordan Cove, Oregon, because of higher gas prices. According to Dilger, that isn't too much of a concern right now because the Montney shale formation -- the most likely supply source for these facilities -- has more than enough gas for multiple facilities. 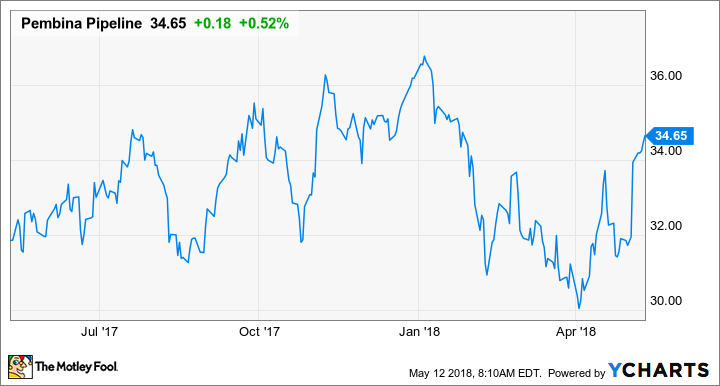 Taking a breather on capital spending

Pembina's ambitious growth phase over the past few years required capital spending exceeded CA$2 billion since 2014 and a whopping CA$3 billion last year. This current slate of development projects is noticeably smaller than that. A smaller spending rate isn't necessarily a bad thing, however. Growing that quickly required the company to do some creative financing such as issuing preferred shares on top of common equity, which diluted shareholder equity in that growth. Its 2018 capital plan calls for around CA $1.3 billion, but management believes that it can fund it with internally generated cash and some modest debt issuance. That is a much more sustainable path over the long run.

It should also be noted that even though its current capital spending appears light, there is still a deep bench of potential projects in the works including a propane export terminal, a large-scale petrochemical complex with the Kuwait National Oil Company, and its Jordan Cove LNG facility. These three facilities alone will represent several billion in new investments, and they will likely open up other opportunities to enhance its existing assets along the way.

So perhaps Pembina isn't going to post double-digit increases across the board, but its plan still looks like one that should be able to create value over the long haul for investors.