Semiconductor stocks rose on news of a deal with China to grant a reprieve to ZTE, with the iShares PHLX Semiconductor ETF (NASDAQ:SOXX) moving up 1.2%. Energy shares gained, too; the SPDR S&P Oil & Gas Exploration & Production ETF (NYSEMKT:XOP) closed up 1.3%.

As for individual stocks, Xerox (NYSE:XRX) is canceling its merger with Fujifilm, and Sears Holdings Corporation (NASDAQ:SHLDQ) is moving toward selling its Kenmore brand. 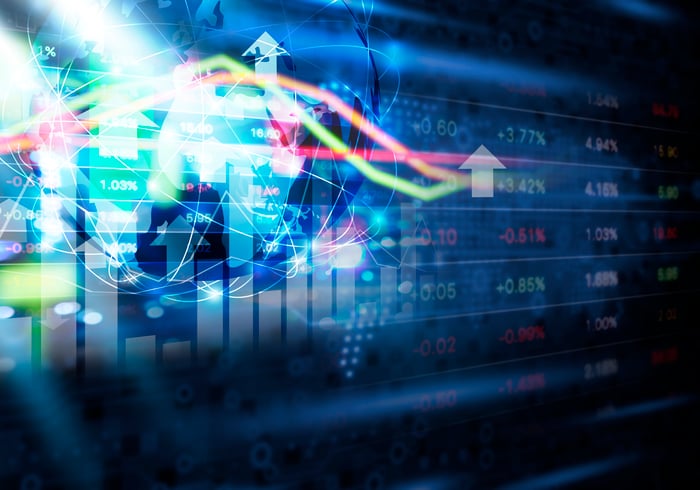 Xerox gives in to Icahn

Xerox capitulated in its bitter feud with activist investors Carl Icahn and Darwin Deason, announcing it has terminated its transaction agreement with Fujifilm, dismissed its CEO, and named five new members to its board of directors. Investors weren't too pleased with the news, and shares fell 4.3%.

Xerox will replace CEO Jeff Jacobson with Icahn pick John Visentin, who is expected to be named vice chairman of the board of directors. Keith Cozza, CEO of Icahn Enterprises LP, will become chairman, and three other picks by the activist investors will join the executives in replacing five members of the current board who have resigned.

The merger, which was announced in January, was a $6.1 billion deal in which Fujifilm would have acquired 50.1% of Xerox and paid a $9.80 cash dividend to its shareholders. Icahn and Deason opposed the deal, and won a court decision last month to block it.

In a strange sequence of events this month, Xerox announced a similar settlement with Icahn and Deason that was contingent on "execution of stipulations discontinuing the Deason litigation with respect to the Xerox defendants" by May 3. When that didn't happen, the settlement was cancelled, and Xerox issued a press release last week saying it renewing its efforts to get a better deal with Fujifilm. This new deal cut back the Icahn/Deason board representation from six to five and removes the contingency on resolving ongoing litigation.

With the Fujifilm deal off the table and the activists holding five of nine board seats, investors are waiting to see what new direction emerges for the company.

Sears forms a committee, and the market cheers

The move is not exactly shocking. Sears announced on April 23 that it had received a proposal of just such a deal from ESL, and the company said at the time it would form a committee to consider it. Given that Lampert is CEO of both parties in the sale, the only surprise here is that the market reacted at all to the formation of the committee.

Today's announcement follows the news last week that Sears has struck a deal with Amazon, in which Sears will sell its tires on the online retail giant's website, and customers who buy tires of any brand on Amazon can have them installed at a Sears Tire Center. Investors applauded that news, too, sending the stock up 16%.

The big picture for Sears is still pretty dismal, but the market seems to like the most recent arrangement of deck chairs on this ship.