April's gain can be traced to a positive first-quarter 2018 earnings report that Citrix issued on April 25th. Citrix reported 5% revenue growth, to $697.2 million, which was slightly ahead of management's previously guided range of $670 million to $680 million.

Let's check in on a couple of important barometers of top-line health. Deferred revenue increased 1% over the prior-year quarter to $1.69 billion. Deferred revenue actually dropped 10% on a sequential basis, but management observed that most of this difference stemmed from the adoption of a new revenue accounting standard in 2018. Deal flow with larger corporate customers appeared solid over the last three months, as the company completed 50 $1 million-plus transactions with enterprise clients, versus 47 in the first quarter of 2017. Finally, shareholders were also pleased with higher profits. Operating income increased more than five percentage points to 23.7%, which management attributed to vigorous cost discipline. 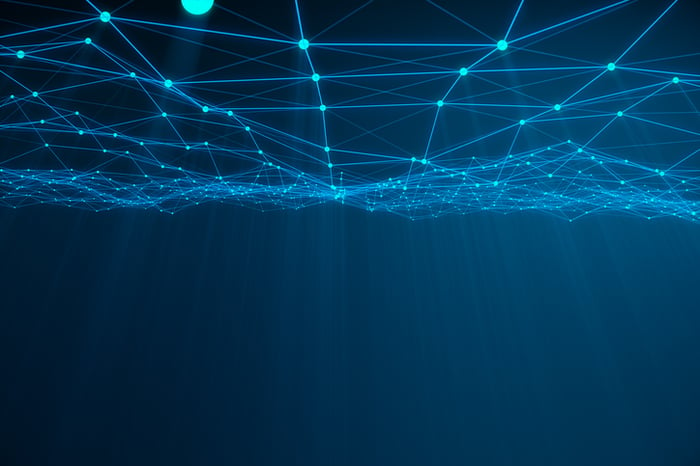 Citrix's migration toward subscription sales should theoretically dampen revenue in the near term. Since last year, management has warned investors to expect immediate, if slight, headwinds resulting from the new revenue strategy.

Yet customers appear to be eagerly embracing the opportunity to migrate digital workspaces and networking to Citrix's cloud environments on a recurring SaaS (software as a service) basis, and this is mitigating the temporary effects of a shift toward more ratable revenue.

Thus, due to the strength of the first quarter and an increasingly healthy outlook, Citrix management increased earnings guidance for full-year 2018 alongside first-quarter earnings. The company bumped its revenue target from a prior range of $2.86 billion to $2.88 billion to a revised band of $2.88 billion to $2.91 billion. In addition, Citrix now expects 2018 diluted earnings per share to fall between $3.45 and $3.59, versus its prior projection of $3.18 to $3.33.