Please ensure Javascript is enabled for purposes of website accessibility
Log In Help Join The Motley Fool
Free Article Join Over 1 Million Premium Members And Get More In-Depth Stock Guidance and Research
By Rich Smith - May 14, 2018 at 4:34PM

Six days after being upgraded to "overweight" at Morgan Stanley, and five days after winning a buy rating from Citigroup, shares of Argentinean cement maker Loma Negra Compania Industrial Argentina Sociedad Anonima (LOMA -1.91%) got their comeuppance this morning when analysts at Swiss megabank UBS weighed in -- with a sell rating.

Reversing course and cutting its rating on Loma Negra stock from "buy" to "sell," UBS also cut its price target on the stock nearly in half, saying that within a year, it expects Loma Negra shares to be selling for $14.50. Curiously, investors are responding to the news by reducing the price they are willing to pay for the stock today to even less than that. 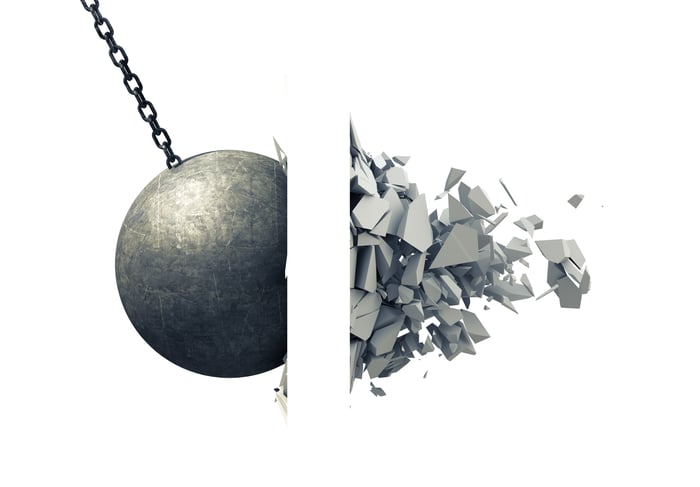 Does that make sense? It's hard to say. As of this writing, neither of my primary sources for ratings news -- neither TheFly.com nor StreetInsider.com -- has any details at all on why UBS suddenly decided to downgrade Loma Negra stock. All anyone seems to know is that the downgrade happened, full stop.

And yet, the last actual news we got out of Loma Negra itself was pretty darn good. In its first-quarter 2018 earnings report last week, the company announced that it grew its sales 42% and its earnings per share 41% year over year, while cutting its debt load by 43%.

What's more, Loma Negra told investors that although it expects to grow "at slower rates" over the balance of this year, "following the significant recovery experienced in the prior year ... healthy dynamics in our markets with increasing demand for cement and concrete" are still anticipated.

At its new and improved market capitalization of just $1.7 billion, with $88 million in trailing earnings and $79 million in free cash flow, Loma Negra's stock now sells for 21.5 times free cash flow and 19.3 times GAAP (generally accepted accounting principles) earnings. With minimal debt on its books, I think these are fine prices to pay for a shares of a company that analysts -- UBS excepted, apparently -- still think will grow earnings at 60% annually over the next five years.

Grupo Supervielle, Loma Negra, and Transportadora de Gas: Why These Argentine Stocks Bounced Back on Tuesday

Wall Street Has Given Up On These 3 Stocks, and That's a Huge Mistake