Please ensure Javascript is enabled for purposes of website accessibility
Log In Help Join The Motley Fool
Free Article Join Over 1 Million Premium Members And Get More In-Depth Stock Guidance and Research
By Rich Smith – May 15, 2018 at 11:34AM

The question is "why?" -- and that's an excellent question.

The Chinese automation and control technologies specialist released its financial results for its fiscal third quarter of 2018 last night, reporting $0.36 per share in profit on sales of $120.6 million, and Wall Street seems pleased with the results. 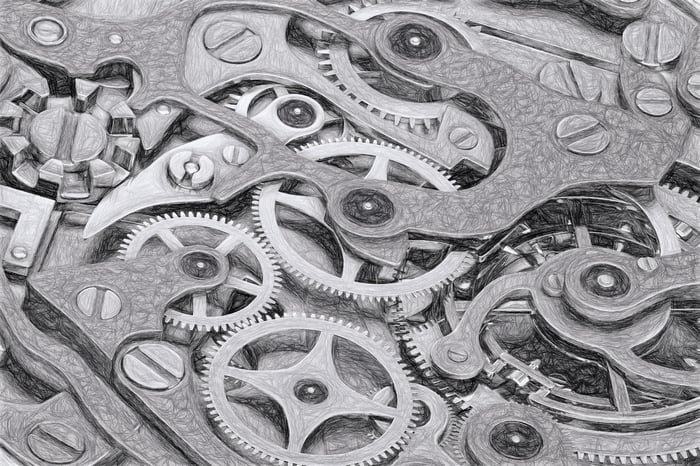 Stock in automation specialist Hollysys is moving like clockwork today, but will guidance gum up the works? Image source: Getty Images.

Curiously, these numbers don't appear to be entirely up to par with what Wall Street was expecting. According to Yahoo! Finance figures, analysts were predicting that Hollysys would earn $0.44 per share on average this quarter. On the other hand, Hollysys did manage to trump Wall Street's sales prediction of $119 million.

Sales for the quarter grew 32% year over year, helped by a big boost in services revenue (up 76%), and pro forma profits were up 64% -- growing faster than sales because Hollysys' cost of goods sold grew only 21% year over year.

Hollysys reiterated guidance given previously, saying that was "based on our backlog currently on-hand and sales pipeline envisioned so far." But here, too, the news isn't quite as great as you'd expect. Hollysys says it expects to book fiscal 2018 revenue of between $500 million and $530 million this year. At the midpoint, that appears to fall below Wall Street's consensus estimate of $522 million.

Given that Wall Street is predicting $1.83, though, I honestly see no reason for Hollysys stock to be up at all today -- and maybe that's why it's starting to come back down off its highs.

Why Hollysys Stock Is Soaring Today