Please ensure Javascript is enabled for purposes of website accessibility
Log In Help Join The Motley Fool
Free Article Join Over 1 Million Premium Members And Get More In-Depth Stock Guidance and Research
By Natalie Walters - May 16, 2018 at 10:11AM

Snap might not be making a lot of money, but its CEO sure is.

Snap (SNAP 1.68%) reported its worst quarter ever on May 2, just months after its CEO was awarded the third-highest annual payout ever received by a company's chief executive.

Snap CEO Evan Spiegel, 27, was paid about $638 million for 2017, including a $637 million stock-based bonus. It's not unusual for a CEO to get a big stock-based award after taking a company public. However, having the third-highest payout ever didn't look great considering Snap lost $3.4 billion in 2017, largely due to compensation-related costs.

And after the 2018 first-quarter report, the payout looks even worse. Snap is trading at an all-time low after reporting its slowest user growth rate to date. 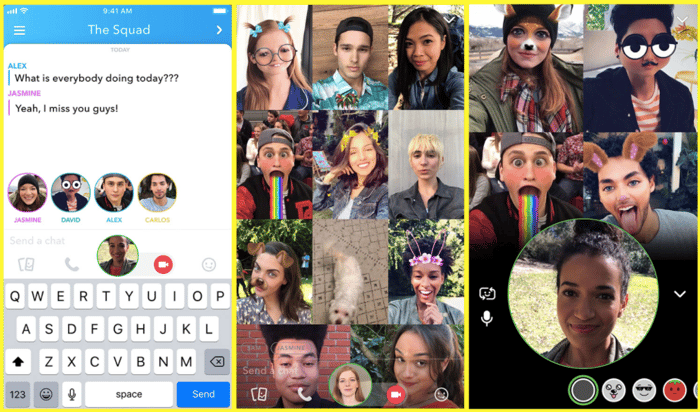 User growth has failed to take off. Snap has missed expectations for daily active users (DAUs) in four out of its total five quarters as a public company. The one positive blip came in the 2017 fourth quarter. But any goodwill Snap built up that quarter was washed away when it reported 191 million DAUs for the first quarter of 2018, missing expectations for 194.2 million users. To make matters worse, management told investors that March's DAUs were lower than the average DAUs of the January-through-March period. That means Snap still isn't on a positive track.

Snap's revenue has followed a similarly disappointing path. Snap missed on revenue for the first three quarters of 2017 before pulling out a win for the fourth quarter. But that upward trend ended there. In 2018's first quarter, the company's revenue hit just $230.7 million, missing the $244.5 million that analysts were expecting.

Considering the overall downward trend of arguably its top two metrics -- revenue and DAUs -- it's surprising that there wasn't much pushback on Spiegel's stock-based bonus. But that might be thanks to Snap's unusual voting structure. The shares that Snap sells on the New York Stock Exchange don't come with any voting rights. Instead, company decisions are handled by Snap co-founders Spiegel and Bobby Murphy, who hold a combined 88.5% voting power.

Two big problems stand out from Snap's first year and call into question Spiegel's ability to lead Snap to profitability.

First, Facebook-owned apps Instagram and WhatsApp seem to have copied any good feature that Snapchat has come out with -- and somehow made it better. This has hurt Snap's efforts to stand out from the crowd of more-established social media apps.

The prime example of this is Snapchat's Stories feature, which lets users upload videos or pictures as their status for 24 hours before they disappear. Snapchat Stories has just 191 million daily active users (DAUs) while WhatsApp's copycat version is already up to 450 million DAUs worldwide, and Instagram Stories hit 300 million daily users back in November.

They both easily leap-frogged Snapchat on its own feature, which is embarrassing for Spiegel and the rest of the company. He needs to be protecting his product and company against competitors by creating unique features that aren't so easily replicated. Otherwise, there's no need for someone to use both Instagram and Snapchat.

The second issue that raised doubts about the company's leadership came in February, when Snap had its wide release of the much-hyped Snapchat redesign that was meant to make the application less complicated to use. Instead, users revolted against the redesign, with over 1 million of them signing a petition on change.org asking for the redesign to be reversed because it was confusing and frustrating to use. Rather than listening to its users, Snap told them they would get used to it.

Now, two months and a dismal quarterly report later, Snap has backtracked and said it will roll back a portion of the redesign that users have complained about. If Spiegel had listened to the app's users and adjusted the redesign back in February, he could have avoided a lot of bad press and ill will. While a leader has to know when to stand his ground, a redesign that causes users and publishers alike unnecessary grief doesn't seem like a situation where you should push forward.

How outrageous is Spiegel's payout?

After reviewing Snap's more than disappointing year, it might seem crazy that Spiegel got $638 million for 2017. However, it was mostly all stock-based awards totaling $636.6 million. The remainder was made up by $98,078 in salary and $1.1 million in "other" compensation, such as security and transportation.

For comparison's sake, in the first year after Facebook went public, Zuckerberg earned a salary of $500,000 and cashed in $2.3 billion of stock.

Furthermore, as of March 2, 2017 (Snap's IPO), Spiegel's salary was cut to $1, as has become a trend in the tech space. Spiegel can afford to do that because he's still worth $2.5 billion, although that's a sharp drop from the $5 billion he was worth after Snap's IPO. Other tech chief executives who have just a $1 base salary include Tesla CEO Elon Musk, Twitter CEO Jack Dorsey, and Facebook CEO Mark Zuckerberg.

While Snap recognized the financial hit of Spiegel's grant upfront, it will be paid out over three years, regardless of the company's performance. So even if Snap is still stumbling, Spiegel will keep collecting shares through 2020.