Please ensure Javascript is enabled for purposes of website accessibility
Log In Help Join The Motley Fool
Free Article Join Over 1 Million Premium Members And Get More In-Depth Stock Guidance and Research
By Brian Feroldi, Dan Caplinger, and Matthew Frankel, CFP® - May 17, 2018 at 7:09AM

Want to follow in Buffett's footsteps? Give these three businesses a closer look.

Warren Buffett is so good at picking winning businesses that he grew Berkshire Hathaway's book value by more than 19.1% annually between 1965 and 2017. That astounding track record easily qualifies him as the greatest investor of all time. 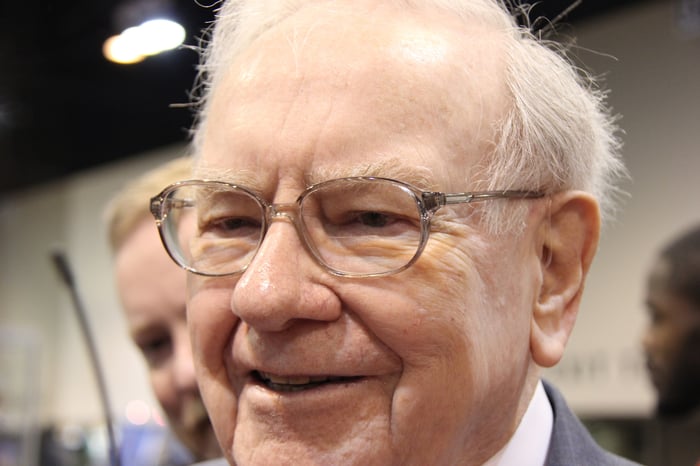 Dan Caplinger (Markel): Warren Buffett gave the world a great method of making money: Open a successful insurance operation and then invest the premiums that clients pay in investments that pay a lot more than the fixed-income securities that most insurance companies choose for their portfolios. Markel's history as a publicly traded company dates back to 1986, and the company has an extremely good track record of generating positive underwriting profits, running about 70% with several years sporting very attractive returns.

Markel still has a much different emphasis than the Oracle of Omaha's insurance operations. Rather than having brand-name car insurance that ranks among the nation's most popular brands, Markel instead offers only specialty lines of insurance. There's not as much volume for the types of insurance that you can get from Markel as there is for vanilla lines like auto, home, or life insurance. But because it's tough to find other companies that are willing to take on the risks that Markel's willing to assume, the specialty insurance company is able to get enough of a margin to protect it from adverse events. Moreover, because it writes a lot of different types of insurance, Markel's different risks aren't as correlated with each other, making a catastrophic year where everything goes wrong less likely.

With a sizable investment portfolio, Markel has generated strong returns the same way Buffett has. As long as its stock-picking prowess remains good, Markel should continue to find ways to deliver performance for its shareholders.

Matt Frankel (Goldman Sachs): One Buffett stock that I've got my eye on right now is Goldman Sachs. One of several bank stocks in Berkshire's portfolio, Buffett's Goldman investment originated in the wake of the financial crisis, and currently represents a roughly 3% stake in the investment banking giant.

While I'm excited about the bank's performance so far in 2018, the real reason I like Goldman over the rest of Buffett's bank stocks is for the massive potential to grow its young consumer banking operations.

In late 2016, Goldman started offering personal loans through its Marcus platform, and to say that it has been a success would be an understatement. Marcus crossed the $1 billion lending threshold after just nine months of operations and recently surpassed $3 billion in total loans. The U.S. unsecured lending market is over $1 trillion in size, so there's still tremendous room for growth here.

Speaking of growth, Goldman is about to take its first steps into the credit card business, and just scored a big partnership that could translate to billions in annual payment volume right away. Starting in early 2019, Goldman will be Apple's (AAPL -0.41%) credit card co-branding partner, replacing Barclays, and will issue a new product under the Apple Pay brand name. What's more, it has also been reported that Goldman could take over the financing for Apple's stores. Apple did over $60 billion in sales in the last quarter alone, so if Goldman could even get a small fraction of Apple's customers to use the new card for their purchases, it could be a big deal revenue-wise.

This financial stock is built for growth

Brian Feroldi (Moody's): When a government or company wants to float a bond or two their first step is to get it rated. The reason is that bond buyers demand an independent assessment of how likely the bond is to be repaid, which is kind of an important thing for them to figure out ahead of time. Furthermore, these bond buyers usually won't trust a rating from just anybody; instead, they give preferential treatment to ratings that are made by one of the "big three" rating agencies (Fitch, S&P Global, or Moody's). A rating from one of the big boys can go a long way to give bond buyer's confidence that the bond will be repaid in full once it matures. That confidence increases their willingness to accept a lower interest, which can save the issuer millions of dollars in interest payments.

With so much power concentrated in the hands of the "big three," these companies have turned into highly lucrative businesses. Take Moody's as an example. This stock boasts extremely high returns on capital and cranks out more than $1 billion in free cash flow each year. Management has a long history of using that excess cash to buy back stock, make tuck-in acquisitions, and boost its dividend payment (its most recent dividend hike came in at 16%). Perhaps it's no wonder why this stock has been in Buffett's portfolio for years.

When factoring in volume growth, price increases, acquisitions, and stock buybacks, Wall Street currently estimates that Moody's profits will grow by more than 16% annually over the next five years. That's quite fast for a business that is trading for less than 20 times forward earnings and sports a dividend yield of about 1%. Adding in the fact that it comes with Buffett's seal of approval makes it all the more enticing.