Please ensure Javascript is enabled for purposes of website accessibility
Log In Help Join The Motley Fool
Free Article Join Over 1 Million Premium Members And Get More In-Depth Stock Guidance and Research
By Rick Munarriz - May 17, 2018 at 10:32AM

The online travel pioneer is hitting new 52-week highs this week, but things aren't as rosy as the stock chart suggests.

Don't look now, but TripAdvisor (TRIP 4.11%) is getting hot again. The online travel site's stock has soared 65% since bottoming out six months ago. The recovery has been gradual but steady. TripAdvisor stock has moved higher in four of this year's first five months. The shares hit another fresh 52-week high earlier this week.

Long-term investors aren't handing out high fives. The stock has shed more than half of its value since peaking four years ago. The shares soared 27% last week after TripAdvisor stepped up to post better-than-expected quarterly results, but crack open the hood, and this travel engine isn't firing on all cylinders. 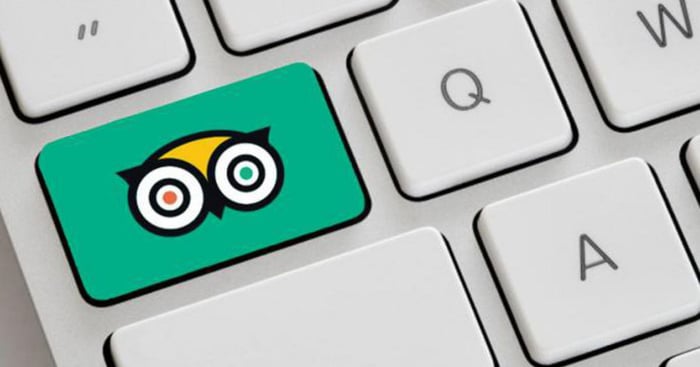 Revenue rose a mere 1.6% in TripAdvisor's first quarter, and while analysts were holding out for a small decline on the top line, it's still a pretty pathetic showing for a company hitting new highs following that report. TripAdvisor has now gone 10 consecutive quarters without posting double-digit percentage growth in revenue.

The news gets better on the other end of the income statement, but even that isn't so rosy once framed in the proper context. Adjusted earnings rose 20% to $0.30 per share -- nearly double what Wall Street pros were targeting -- but it's still less than the $0.33 per share that it scored as a profit for the first quarter of 2016 and the $0.43 per share in adjusted net income it served up the year before that.

TripAdvisor's business is stuck. Its flagship hotel business that accounts for 79% of its revenue continues to decline, including a 10% slide in click-based revenue for the period. The platform remains attractive to visitors researching getaways. It's reaching 433 million average monthly unique visitors, 12% ahead of last year's audience. Revenue isn't keeping pace with usage, so monetization remains a challenge.

TripAdvisor's stock may seem to be doing great, and it managed to post top- and bottom-line growth in a quarter where analysts were bracing for declines. Growth continues to be uninspiring, and we know it's not the only lead generator for the travel industry that's seeing the value of its connections diminish.

As great as TripAdvisor may seem to be doing if we go by its stock chart, this is far from perfect. We saw on Wednesday that analysts can't seem to agree on where the online travel site's stock goes from here, as one Wall Street pro downgraded the stock on the same day that another came through with a double upgrade.

All hope isn't lost, here. TripAdvisor's leads remain valuable, and the same headwinds that have been suppressing monetization could turn into tailwinds in the near future. The platform's popularity continues to expand, and that will give it more clout as it dabbles in everything from actual bookings to other travel-related outlets. TripAdvisor is taking some steps in the right direction, and now it just needs to pick up the speed and intensity of those positive paces.