The stock market stayed in a pretty narrow range on Thursday, climbing early in the session but then slowly drifting lower through the afternoon hours. In the absence of major news, investors largely looked forward to key events like trade negotiations among the world's largest economies. Other financial markets saw mixed moves as well, with 10-year Treasury yields climbing above 3.1% while oil prices stayed comfortably above $70 per barrel. Despite the quiet day, some companies had good news that pushed their shares sharply higher. World Wrestling Entertainment (NYSE:WWE), Chesapeake Energy (OTC:CHKA.Q), and Williams Partners (NYSE: WPZ) were among the best performers on the day. Below, we'll look more closely at these stocks to tell you why they did so well.

Shares of World Wrestling Entertainment climbed 15% amid reports that the company is in negotiations with a number of television networks to reach a deal for broadcasting its Smackdown series. The show, along with other WWE offerings, currently airs on NBCUniversal's USA Network, but NBCUniversal seems to prefer focusing on WWE's Raw series. With negotiations for Raw likely to see a big boost in what WWE gets paid, any other deal for Smackdown could lead to even more revenue growth, as well as broadening the potential audience for wrestling entertainment. That could help feed long-term appetites for the shows as well. 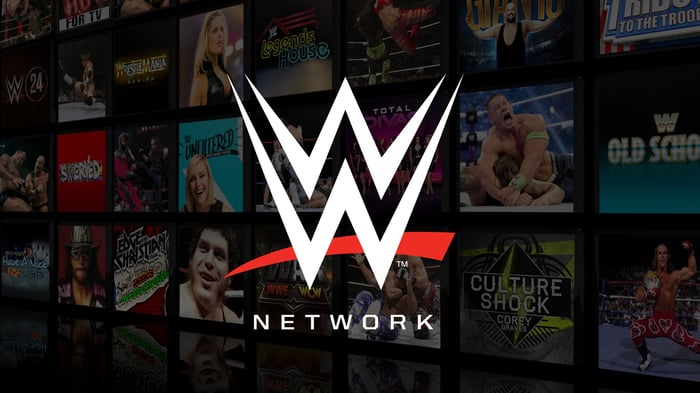 Chesapeake gets a bounce

Chesapeake Energy stock jumped 9%, adding to a run that has sent the oil and gas producer's shares up by more than 40% so far in May. Chesapeake has come a long way from the boom times of the early 2010s, when good prospects were so plentiful that the company had very little discipline with respect to controlling drilling costs. Investors punished the stock during the oil bust, but signs of recovery have become evident, and in its first-quarter financial report earlier this month, Chesapeake reported production gains both for crude oil in particular and for all energy products in total. That led to pre-tax profit more than doubling from year-ago levels, and as conditions in the market improve, Chesapeake should have even more opportunity to make further gains.

Williams Partners finally gets its offer

Finally, units of Williams Partners gained 8%. The master limited partnership announced today that related entity Williams (NYSE:WMB) will purchase all of the outstanding partnership units of Williams Partners, exchanging 1.494 shares of Williams stock per unit of Williams Partners. The deal gives Williams Partners unitholders a premium of 6.4% based on Wednesday's closing price. The two entities have looked at such an agreement for a long time, but what sealed the deal was the Federal Energy Regulatory Commission's decision earlier this year to take away some of the benefits that MLPs received. Combined with corporate tax relief due to reform efforts, the two Williams entities agreed that greater simplicity outweighed any negatives from the decision, and the continuing Williams believes that it should be able to raise the dividend it pays as a result of the buyout.