The slow-and-steady rise of water stocks over the years is pretty simple to understand. Companies that maintain and upgrade the nation's water distribution and wastewater management infrastructure are guaranteed to grow over time, as each investment comes with the promise to earn slightly higher rates granted by state regulators. But in 2017, some analysts noted that this constant ascent was beginning to result in some frothy valuations around the industry.

Investors have been dealing with the consequences in 2018. Shares in most major water stocks have fallen by double digits to start the year -- all the more unusual given the mature and profitable businesses represented by each ticker. Take Aqua America as an example: The $6.2 billion company has lost 11% of its value in the first 4.5 months of the year.

Opportunistic investors may have some questions. Has that decline made the company's valuation more reasonable? Were there any surprises in the first-quarter 2018 earnings results? And most importantly, is Aqua America a buy? 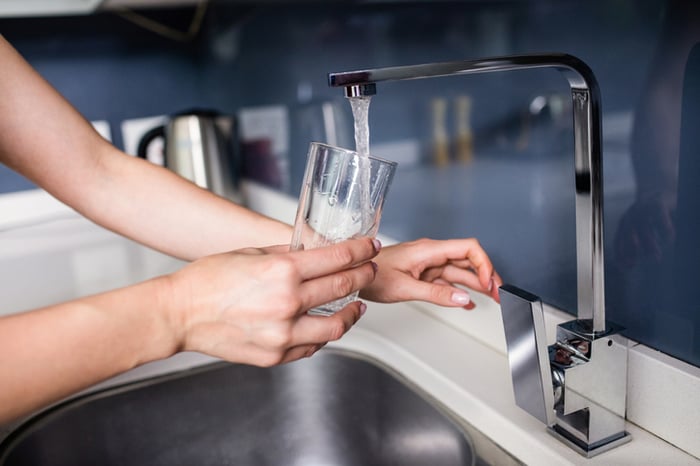 Nothing really stood out in the company's performance in the first three months of 2018. Revenue and earnings both grew about 3.5%. The new American corporate tax rates forced water utilities to accept lower rates from customers beginning this year, as their regulated businesses have predetermined rates of return. In other words, lower income tax expenses in the year ahead were offset by returning the bulk of the savings -- $2.5 million to be exact -- to customers.

Aside from the leap in operating cash flow (the result of a few accounting line items), Aqua America's performance in the first quarter of 2018 was exactly what investors have come to expect from the water utility: slow and steady. Management's strategy to shake things up with higher rates of investment and growth will begin to take hold in the remainder of the year.

While the company only added 448 customers from acquisitions during the opening quarter of the year, pending and targeted acquisitions are expected to add up to 16,000 new customers in 2018. That, coupled with organic customer growth, will push Aqua America's customer count to over 1 million for the first time. With plans to invest $1.4 billion into infrastructure improvements between this year and 2020, that should provide a bigger boost to future rate increases than shareholders have enjoyed in previous periods.

Will that be enough to earn its relatively expensive valuation? Perhaps, although analysts aren't expecting Aqua America to grow nearly as quickly as some of its peers. That's evidenced by comparing the company to both its larger peer American Water Works and smaller regional peer California Water Services Group.

Of course, the guaranteed growth of water stocks means they all trade at a premium, but analysts expect Aqua America to trail its peers in growing earnings in the future. It's important to remember that those are just estimates, but the stock is also much more expensive when looking at the EV/EBITDA metric. If the company cannot grow earnings as fast as peers in the next few years, then the gap in this metric may widen even further. 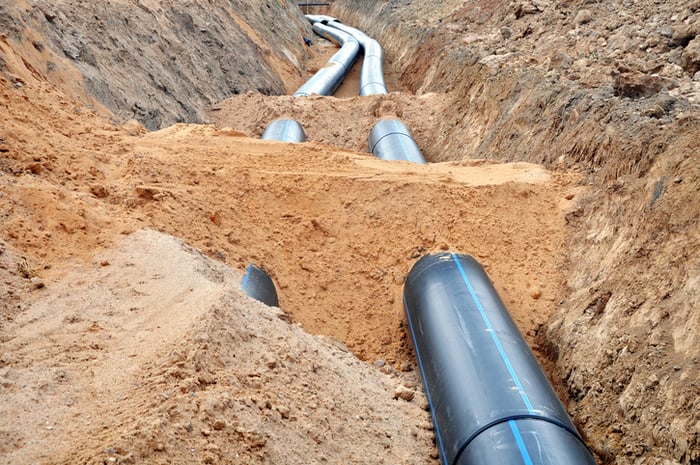 Relatively expensive, but a history of creating value

Aqua America is not the best water stock investors can buy today. While it has a long history of delivering better returns than the S&P 500 when you include dividends, peers American Water Works and California Water Services Group have rewarded shareholders with even better gains thanks to more favorable regulatory decisions.

Therefore, if earnings estimates for future periods prove correct, then this water stock may continue to trail peers. If investors are looking for the best stock in the industry, then Aqua America clearly isn't it. If investors are only looking to beat the S&P 500 over the long haul, then this stock will likely do the trick -- but you could do better.