So much for slow and steady.

Shares of Aqua America (NYSE:WTRG) enjoyed a total return of nearly 34% last year with dividends included, which is rather unexpected for typically slow-growing water utilities. Investors pushed the stock upward for increasing the quarterly dividend payment to $0.20 per share and for maintaining profits despite enduring a nearly 3% year-over-year drop in revenue. You could say the company crushed 2017.

But given the historical norms of the industry, you could also argue that last year was an outlier. While the business remains strong and healthy, is there any indication that the water utility can keep running laps around the S&P 500? Will 2018 be Aqua America's best year yet? 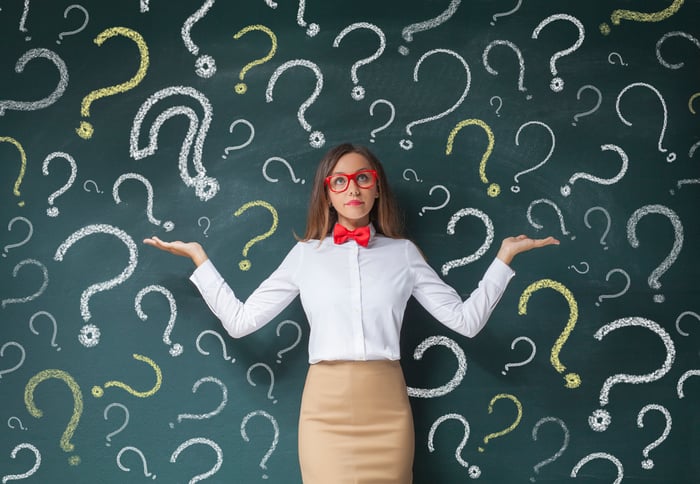 Water utilities operate in a unique environment in which there's a healthy amount of interaction with state and federal regulators. Public and private companies own, operate, and maintain most of the country's water infrastructure, which spares the government the headache and expense. In return for the companies deploying billions of dollars in capital to steadily improve the infrastructure, state regulators approve rate increases for multiyear periods. That guarantees revenue growth and, if expenses are managed properly, provides extra cash flow that can be redeployed in the next batch of improvements targeting the next rate hike.

These market dynamics provide a high degree of certainty for companies to plan their capital expenditures and guarantees growth, but also results in relatively high valuation metrics for many water stocks. Investors don't usually mind because the best run water utilities are almost guaranteed to be cash cows.

Aqua America proved all that and more in the first nine months of 2017.

As the stock performance demonstrates, the minuscule decline in operating revenue between the periods is immaterial when considering why investors own water stocks in the first place. Aqua America's past investments in modernizing its infrastructure went a long way in slashing operations and maintenance costs by nearly 9% in the comparison period. That, in turn, allowed the company to hold the line on operating income and net income, while boosting the dividend.

That number will continue to grow. Aqua America plans for total capital expenditures of over $1.2 billion in the three-year period spanning 2017 to 2019. That's the highest three-year total in the company's history -- and it could increase significantly before it's over. Why? The company stands to become even more profitable than its historical average thanks to the country's new tax rates that heavily favor corporations. Couple that with a balance sheet that -- in the words of management -- "has room for growth," and things could get interesting in the boring water utility space. 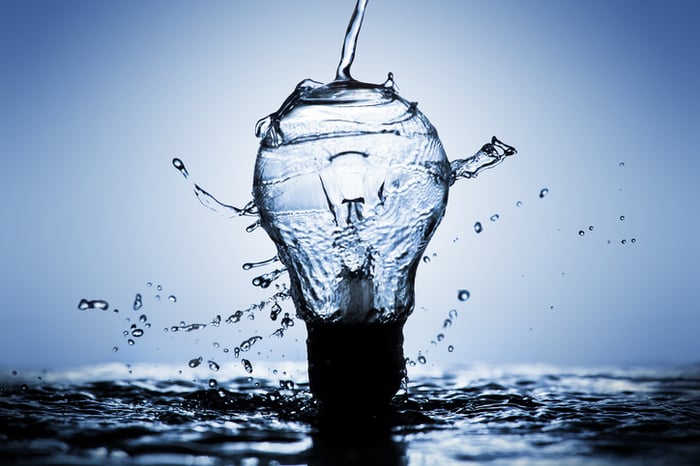 That said, the new corporate tax laws will also create an added twist in the company's operating environment in the year ahead. Why? Mostly because the rates it charges customers are set by state regulators, who determine appropriate rates by tying them to specified returns on investment. Believe it or not, that means any boost to Aqua America's bottom line stemming from tax reform could actually run afoul of the regulations its business runs on.

The company had to reschedule its investor day to consult with the public utility commissions in the eight states in which it operates as a result. The preliminary expectation, however, is that redefined rate schedules will allow some of the tax benefit will flow to utility customers while some would be captured by the company.

Look forward to the coming year

Aqua America's core business remains healthy, strong, and growing. That's not really news to investors in water utility stocks. But the new corporate tax rates have the potential to really shake things up for the historically boring industry and provide a sizable boost for Aqua America in 2018. It will be awfully difficult to best last year's stock performance, but depending on how and how quickly public utility commissions factor in tax benefits to their rate adjustments, it's not entirely impossible.