Please ensure Javascript is enabled for purposes of website accessibility
Log In Help Join The Motley Fool
Free Article Join Over 1 Million Premium Members And Get More In-Depth Stock Guidance and Research
By Keith Speights – May 20, 2018 at 5:33AM

These marijuana stocks have similar opportunities, but which should investors like more?

Based on recent momentum, Aphria (NASDAQOTH: APHQF) would lose to Organigram Holdings (OGI -0.96%) in a battle between the two marijuana stocks. Aphria's share price has dropped more than 30% so far in 2018, while Organigram stock is up nearly 15%.

But picking a stock based only on recent momentum isn't a great idea. Past performance doesn't necessarily translate to future success. Which of these two marijuana stocks is the better choice for investors over the long run? Here's how Aphria and Organigram compare. 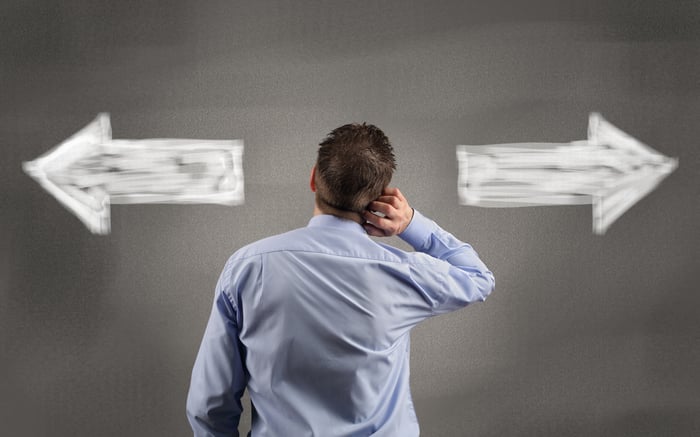 It's important to first understand why Aphria's stock performance has suffered so far this year. In January, Aphria announced that it would acquire Nuuvera in exchange for a combination of cash and Aphria stock. In connection with this deal, Aphria issued new shares, with the resulting dilution causing much of the decline for its stock price.

But Aphria's business is better than ever. The company posted record revenue when it announced its fiscal year 2018 third-quarter results in April. Aphria's sales more than doubled the prior-year period total and jumped 20% from the previous sequential quarter.

The company's acquisitions of Nuuvera and Broken Coast Cannabis earlier this year position Aphria as a major player in two key growth markets. One is the anticipated recreational marijuana market in Canada. The Canadian Senate is scheduled to vote on legalizing recreational marijuana for adult use on June 7, 2018. If this legislation passes as expected, Aphria and its peers will compete in a multibillion-dollar market.

Aphria is cranking up production capacity in anticipation of tremendous growth from the domestic and international markets. The company is expanding its Aphria One facility by 700,000 square feet and retrofitting its 1.3-million-square-foot Aphria Diamond facility. Recent acquisitions give Aphria even more capacity. In total, Aphria could claim annual production capacity of around 225,000 kilograms by early 2019.

Organigram hasn't been active in the business development scene like Aphria, but the marijuana grower's business is definitely booming. In its Q2 results announced in April, Organigram reported record-high sales and posted a profit -- something that many marijuana growers haven't done.

Until earlier this month, Organigram didn't have exposure to international marijuana markets. However, the company announced its first international investment on May 8. Organigram entered into an agreement to buy up to 25% of alpha-cannabis Pharma GmbH, also known as Alpha-Cannabis Germany (ACG). ACG was founded in 2016 to serve the German medical cannabis market as well as other European markets.

But what about production capacity to meet the demand for recreational marijuana in Canada and medical marijuana across the world? Organigram can produce around 36,000 kilograms of cannabis per year with the completion of its phase 3 expansion at its New Brunswick facility. Additional expansions are planned, though, that will boost the company's annual production capacity to 113,000 kilograms by April 2020.

Aphria is certainly in a better position right now to capitalize on the anticipated surge in demand once recreational marijuana is legalized in Canada. The company also has a head start over Organigram in international markets. My initial instinct is to pick Aphria as the better marijuana stock.

However, it's important to also look at bang for the buck. My colleague Sean Williams has referred to Organigram as "the only marijuana value stock." Sean's designation was a relative one, of course, since most marijuana stocks currently have sky-high valuations. But he's definitely on to something.

Because of this significant advantage in valuation, I think the nod goes to Organigram as the better marijuana stock. However, my view is that both of these stocks can be winners over the long run. I also suspect that both could find themselves acquisition targets for larger players down the road.