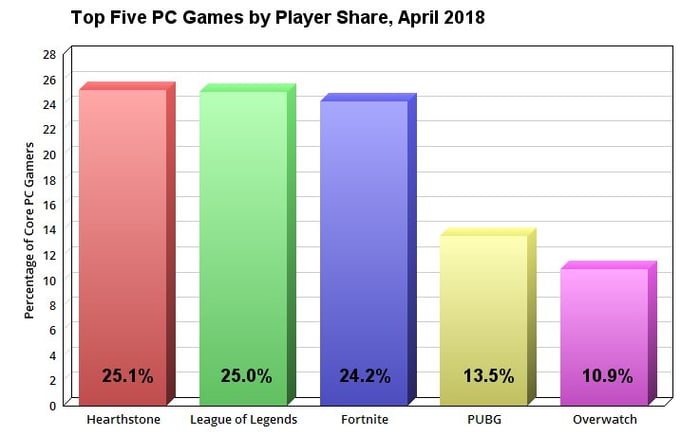 All these games have three things in common: They don't require high-end hardware, they're entertaining to watch, and they're available on multiple platforms. Those factors may force publishers to think twice before launching high-end games with blockbuster budgets.

A Foolish Take: The 5 Most Popular PC Games in the U.S. @themotleyfool #stocks $TCEHY $ATVI Next Article
Current