Please ensure Javascript is enabled for purposes of website accessibility
Log In Help Join The Motley Fool
Free Article Join Over 1 Million Premium Members And Get More In-Depth Stock Guidance and Research
By Leo Sun - Updated May 21, 2018 at 3:30PM

Samsung sees an opportunity to expand its mobile chipmaking business.

Samsung (NASDAQOTH: SSNLF) recently announced that it would offer its mobile processor chips to smartphone makers, which could turn it into a formidable competitor to Qualcomm (QCOM 2.75%), the world's top mobile chipmaker. Samsung currently produces Exynos SoCs (system on chips) for its own Galaxy smartphones, but only one external OEM -- China's Meizu -- currently installs the chips in its own devices.

Why is Samsung promoting Exynos?

Over the past few years, Samsung gradually replaced Qualcomm's SoCs with Exynos SoCs in many of its high-end devices. That decision mirrors Apple (AAPL -0.09%) and Huawei's development of first-party ARM chipsets for their phones. 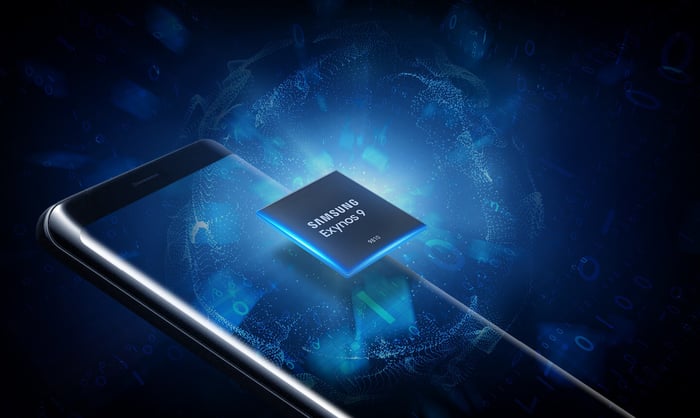 Producing first-party SoCs reduces Samsung's dependence on third-party suppliers like Qualcomm, and gives it tighter control over its hardware and software. Samsung also owns one of the largest chip foundries in the world, which gives it an edge against fabless chipmakers like Qualcomm.

The growth of Samsung's semiconductor business is offsetting its gradual slowdown in smartphone sales. However, memory prices are expected to peak in the near future, which could cause a big drop in the unit's year-over-year growth. Therefore, a logical solution would be to diversify the business into new markets like smartphone SoCs.

Samsung tried to sell its Exynos chips to more OEMs before, but it claims that Qualcomm locked it out of the market with an unbalanced patent deal in 1993. That deal allowed Samsung to access Qualcomm's wireless patents to produce first-party SoCs -- but only for its own devices.

If Samsung wanted to sell its SoCs to a third-party OEM, either Samsung or the customer needed to pay Qualcomm additional licensing fees. Samsung alleges the deal, which it repeatedly tried to renegotiate with Qualcomm, crippled its ability to sell Exynos SoCs at competitive prices against Qualcomm's Snapdragon SoCs. 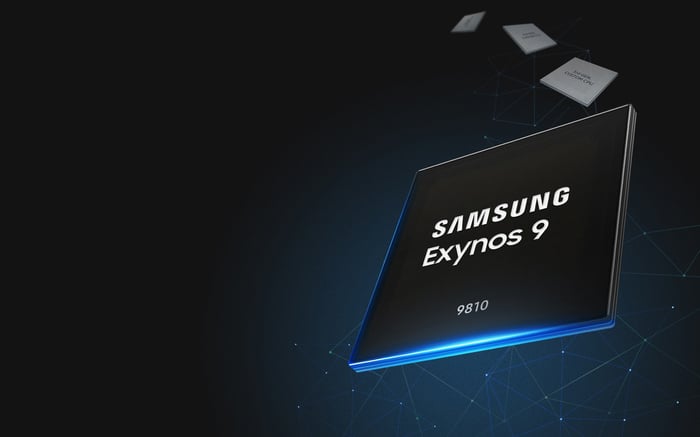 That argument played a pivotal role in the Korean FTC's decision to fine Qualcomm 1.03 trillion won ($940 million) for antitrust violations in late 2016. Qualcomm appealed the ruling, but the South Korean Supreme Court struck down that appeal in late 2017.

Therefore, it seems like Samsung, emboldened by the KFTC's ruling against Qualcomm, could start selling Exynos SoCs to third-party OEMs while ignoring its original patent deal with Qualcomm.

The move wouldn't be unprecedented; Apple previously suspended its licensing payments after it sued Qualcomm, claiming that the chipmaker's licensing practices were "illegal". Apple also notably provided the KFTC with evidence in its case against Qualcomm, a decision which Apple claims resulted in Qualcomm cutting off its "rebate payments" for the exclusive use of its baseband modems in previous iPhones.

Samsung already confirmed that it's talking to ZTE, one of Qualcomm's top Chinese customers, to buy its SoCs. This matters because the US Commerce Department recently banned all American companies from selling components to ZTE for seven years, as a punishment for violating trade sanctions against Iran and North Korea. Fortunately for ZTE, President Trump said last week that the U.S. would take steps to relax penalties on ZTE in exchange for unspecified trade concessions from China. But until this actually happens, uncertainty looms.

Research firm Canalys claims that Qualcomm supplies chips for 65% of ZTE's smartphones. Qualcomm doesn't disclose how much revenue it generates from chip sales to ZTE, but Counterpoint Research's Neil Shah pegs the annual total at "close to half a billion dollars" -- or 2% of its estimated revenues this year.

Samsung is courting ZTE for two simple reasons: It's not an American company like Qualcomm, so it can keep selling products to ZTE; and Chinese regulators are less likely to enforce a disputed licensing agreement from 1993.

If ZTE starts buying Samsung's SoCs, other Chinese OEMs -- which don't want to get caught between escalating trade tensions between the US and China -- could follow suit. The Exynos SoCs, which are designed for higher-end flagships, could also be a welcome alternative to Qualcomm's Snapdragons, which don't face much competition in the high-end market.

Qualcomm already faces plenty of headaches: Its planned takeover of NXP Semiconductors remains in limbo, its legal battles against Apple remain unsettled, it faces more fines and probes from government regulators, and former CEO Paul Jacobs is trying to take the company private.

Therefore, the notion that Samsung could start selling its own SoCs and follow Apple's lead in rejecting its licensing practices is alarming. Qualcomm investors should closely monitor Samsung's next moves to see if it's serious about becoming a defiant competitor.