Shares of Qudian (NYSE:QD) closed down 16.5% on Monday after the Chinese online lender announced earnings that fell short of expectations.

Qudian reported "diluted adjusted net income per share" of $0.16 but GAAP diluted net income per share of only $0.15 per share. Whichever yardstick you use, though, these numbers appear to be lower than the $0.17-per-share estimate quoted on Yahoo! Finance. Revenue, on the other hand, came in at $273.7 million, significantly above consensus expectations for $214.6 million. 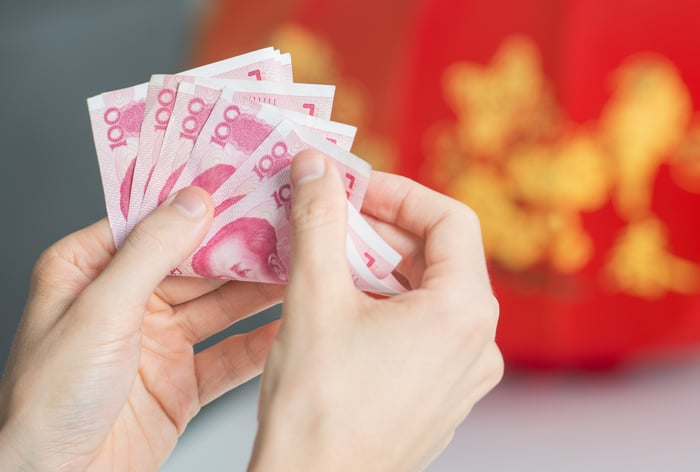 Also affecting the stock, one imagines, is a small note inserted toward the end of Qudian's earnings release that said two members of the company's board of directors have resigned. "Mr. Shilei Li and Mr. Yi Cao," said the company, "have tendered their resignations as directors to the Company's board for personal reasons." The fact that both resignations occurred "effective as of the date of this press release," however, seems rather sudden, and suggests there may be more to this story.

But Qudian isn't saying what, and investors don't seem to be inclined to stick around and find out.