Shares of Texas-based independent oil producer Legacy Reserves LP (NASDAQ:LGCY) finished regular trading down by 15.9% on May 22. To add further frustration for some investors, the drop wasn't tied to any news for the partnership specifically, or for oil producers in general. As a matter of fact, oil prices climbed on the day, breaching the $80 per-barrel mark briefly before receding a little. Brent crude futures finished the day at $79.49, the highest price for crude oil in more than three years, while West Texas Intermediate -- or WTI -- futures were relatively flat at around $72 per barrel on the day. 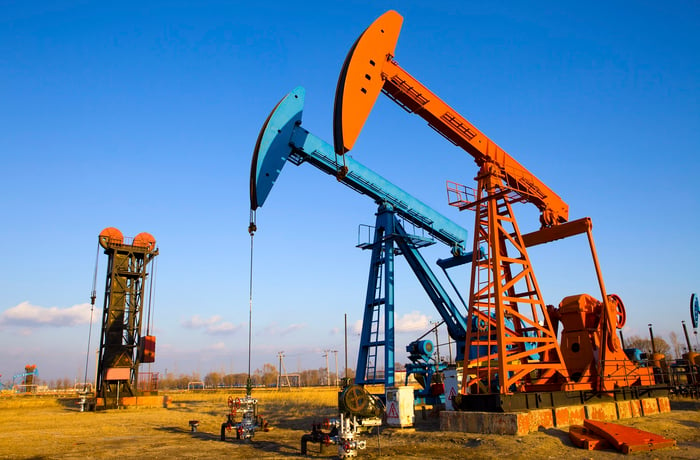 If there's any one thing to point at, it's that shares of Legacy Reserves have been on a bit of a tear since the company announced back in March that it was going to transition to a "C-Corporation," giving up its status as a master limited partnership, or MLP. At one point in early May, Legacy shares had more than doubled, though they've given up a fair bit of those gains more recently. After today's close, the stock price is still up 46% since the March announcement.

While there's been some "profit-taking" over the past few weeks after the big surge, the steady increase in oil prices could help the company address what remains its most pressing concern: a substantial debt load. The company locked in some downside protection recently, agreeing to sell a portion of its output at a set price of around $58 per barrel, but if it can leverage more production at closer to the current market price, that incremental cash flow could help strengthen its balance sheet.

Whether that's how it plays out or not remains to be seen. There's definitely upside from here, but I think most investors would be better off investing in a more diversified oil major, such as Royal Dutch Shell, than a small independent oil producer with a highly leveraged balance sheet.