Please ensure Javascript is enabled for purposes of website accessibility
Log In Help Join The Motley Fool
Free Article Join Over 1 Million Premium Members And Get More In-Depth Stock Guidance and Research
By Matthew Frankel, CFP® - May 23, 2018 at 6:08AM

Your younger years can be the most important as an investor -- if you learn how to do it right.

At the age of 36, I'm generally happy with how I've done as an investor. I have a well-diversified stock portfolio and save a good percentage of my income in retirement accounts, college accounts for my children, and regular brokerage accounts.

However, I do have one major regret -- I got a late start. If I had known some of what I know now when I was in my 20s, I would be in far better financial shape today. With that in mind, here are the five most important things I wish I had known before I placed my first trade with my broker back in 2002. 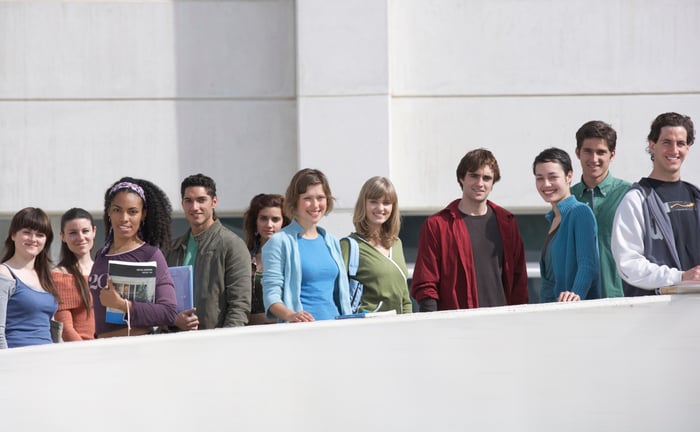 Time is your most valuable asset

This is by far the No. 1 lesson young investors should learn.

Many younger investors get discouraged because of a lack of investable cash. There were times when I said something to the effect of "I only have $50 to invest this month -- what difference would that make?"

The surprising answer is that it can make a big difference. Based on the stock market's historic returns, a $50 investment when you're 25 could grow into about $1,900 by the time you're 65 and ready to retire. If you invest $50 the next month, and again the next month -- well, you get the idea.

The point is that when you're in your 20s, the time you have can be just as important a factor as how much money you have to invest. By investing seemingly small amounts regularly, you can build up quite a nest egg.

Many inexperienced investors think that buying speculative penny stocks is the best way to get rich in the stock market. More often than not, it turns out to be the most certain way to go broke.

There's no specific definition of a penny stock, but I generally define it as a stock that trades for under $5.00 per share -- especially if it isn't listed on a major exchange.

While I was in college, I fell victim to the "penny stock" mentality, and the fact that I actually made a fair amount of money after my first few penny stock trades made things even worse. Instead of being at least a little cautious and disciplined about it, I quickly developed a "can't lose" mindset. I put most of my money in a penny stock that traded for about $0.002 per share (not a typo), and subsequently watched it drop to $0.0001.

Thankfully, I didn't have much money to invest in those days, so I only lost a few hundred dollars. And the lesson I learned was well worth it.

Buy-and-hold is the way to go

One of the most important lessons you can learn about investing is that the terms "investing" and "trading" mean two completely different things. When you invest, you're buying a piece of a business that you want to own, and don't plan to sell until you need the money, or something fundamentally changes with the company. Buying a stock simply because you think the price will go up is trading.

In fact, trading is a short-term investing mentality that is responsible for many investors underperforming the market.

According to Dalbar's 2017 Quantitative Analysis of Investor Behavior study, the S&P 500 generated an annualized return of 10.2% over the past 30 years, while the average equity fund investor managed less than 4%. As Dalbar puts it:

The retention rate data for equity, fixed-income and asset-allocation mutual funds strongly suggests that investors lack the patience and long-term vision to stay invested in any one fund for much more than four years. Jumping into and out of investments every few years is not a prudent strategy because investors are simply unable to correctly time when to make such moves.

Simply put, there's no way to predict market movements over a period of a few years, but over long periods, stocks are actually quite predictable. So, buy stocks or funds that you plan to keep for the long haul.

Don't have a herd mentality

This is one of the most important qualities billionaire investor Warren Buffett says great investors should have. Following the crowd into the latest "hot stocks" or other assets like bitcoin just because everyone else is buying them is a poor way to invest. In other words, popular opinion should play no role in your investment process.

"Beware the investment activity that produces applause; the great moves are usually greeted by yawns," Buffett said in his 2008 letter to Berkshire Hathaway (NYSE: BRK-A) (NYSE: BRK-B) shareholders. If you look at some of the major stock holdings of Buffett's portfolio over the past few decades -- Coca-Cola, Wells Fargo, and American Express are a few big examples -- they may sound boring when compared with some of today's popular tech stocks. However, the returns they've generated for Buffett and his investors are anything but boring.

The "automatic" 401(k) contribution rate is by no means enough

According to several reports, about 20% of Americans are making one big retirement mistake -- not contributing enough to their 401(k) to take advantage of their employer's matching contributions.

One of the biggest reasons is that many 401(k) plans have automatic enrollment for new hires. Generally, the automatic savings rate is low, often 2% or 3% of the employee's salary. Meanwhile, many employers are willing to match contributions of 5% or more.

If you don't contribute at least enough to take advantage of your employer match, you're literally turning down free money. For example, if you earn $60,000 per year and your employer will match up to 5% of your salary, sticking with a 2% automatic contribution rate means that you're missing out on $1,800 of employer contributions annually.

Would you let your employer reduce your salary by $1,800? Of course not. However, by not taking full advantage of their matching program, that's essentially what you're doing.