Please ensure Javascript is enabled for purposes of website accessibility
Log In Help Join The Motley Fool
Free Article Join Over 1 Million Premium Members And Get More In-Depth Stock Guidance and Research
By Evan Niu, CFA – May 23, 2018 at 2:48PM

Over five years ago, Apple (AAPL 3.31%) CEO Tim Cook made a bold prediction: China would eventually surpass the U.S. to become the company's largest market. "China is currently our second largest market," Cook told Xinhau News Agency. "I believe it will become our first. I believe strongly that it will. We are growing very fast."

Cook reiterated this prediction on a few occasions since, but hasn't mentioned it much lately. That might be because Apple is slipping further away from realizing it. 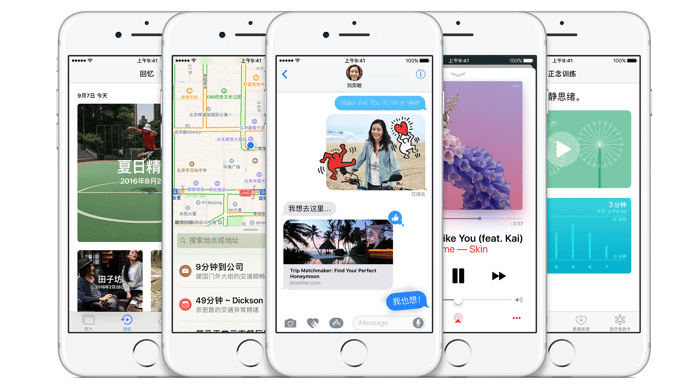 For a little while, Apple's Greater China segment did start to catch up with its U.S. business. In particular, the release of the iPhone 6 and 6 Plus in 2014 served as a major catalyst for Apple's sales in the Middle Kingdom, meeting the growing consumer preference for larger phones and phablets that is especially strong in China. But in the years since, low-cost local vendors have made meaningful gains in the largest smartphone market in the world.

Here's how Apple's revenue in the U.S. compares to Greater China, presented on a trailing-12-month (TTM) basis to smooth out seasonality: 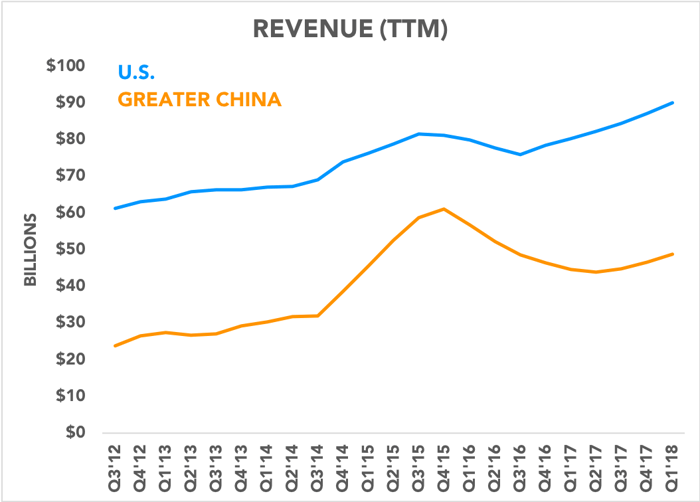 Presented another way, here is the difference between the two markets (again on a TTM basis): 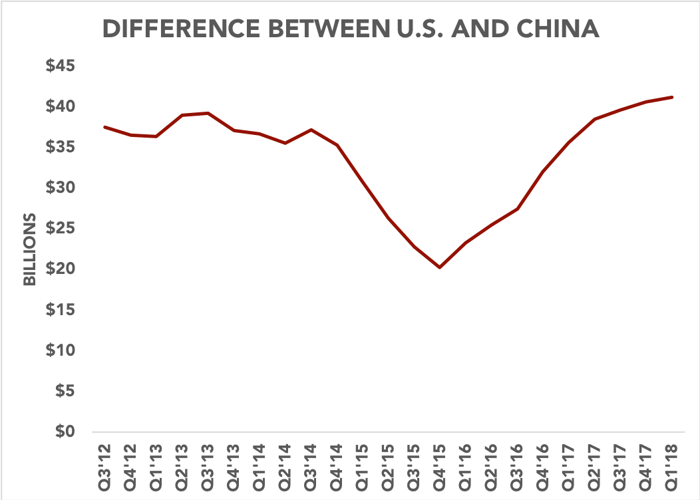 Currently, Greater China TTM revenue lags U.S. TTM revenue by about $41.2 billion. The good news is that Apple's Greater China segment started to bounce back last year, and the Mac maker has been able to maintain that momentum in the quarters since. In fact, last quarter the company enjoyed its strongest growth rate in two and a half years.

On the last earnings call, CFO Luca Maestri said, "Performance was very strong in emerging markets, where revenue was up 20%, and we were especially pleased to see 21% year-over-year growth in Greater China, our strongest growth rate from that segment in 10 quarters." The company attributed the strength in part to iPhone X, which was the most popular smartphone model in China last quarter.

Meanwhile, the U.S. business has returned to growth, also thanks in part to iPhone X and its $999 starting price. Cook's prediction may still come true eventually, but probably not anytime soon. At the end of the day, investors should just be pleased that the overall business continues to perform well on a worldwide basis, helping Apple's market cap march toward the $1 trillion threshold.