Please ensure Javascript is enabled for purposes of website accessibility
Log In Help Join The Motley Fool
Free Article Join Over 1 Million Premium Members And Get More In-Depth Stock Guidance and Research
By Jeremy Bowman – May 25, 2018 at 2:05PM

Netflix's latest blockbuster deal should help reel in a new group of subscribers.

It's official. The Obamas are coming to a stream near you.

Months after rumors broke that the presidential couple could team up with Netflix (NFLX -4.49%), the world's leading streamer confirmed the news earlier this week. Netflix said that the former President and First Lady "have entered into a multi-year agreement to produce films and series with Netflix." The couple will "produce a diverse mix of content, including the potential for scripted series, unscripted series, docu-series, documentaries and features."

Shareholders applauded the move as the stock rose both when the initial rumors came out and when the news was confirmed. It's unclear specifically what kind of content the Obamas will air, but the pair said they intend to use their newfound platform to "promote empathy and understanding" across different peoples and cultures in the world. Netflix's global reach, with 125 million subscribers around the world, should give them an excellent vehicle for doing so. 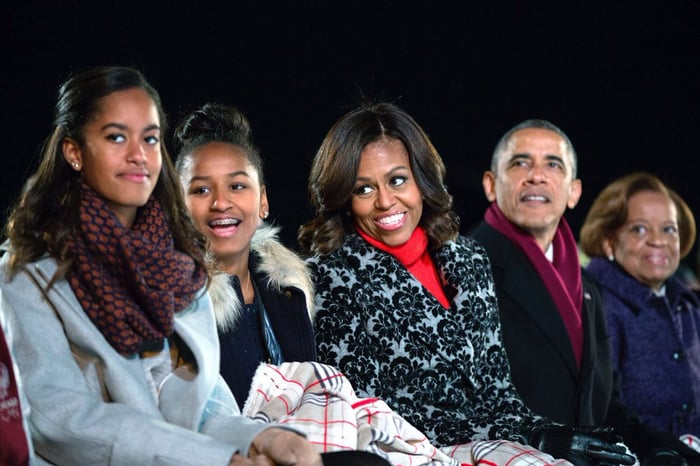 Another reason for Netflix to toot its horn

Netflix loves talking about its popular content. Each quarter, the company dutifully touts its hit shows and other top programming, and as it's ramped its original content, those hits have only become more frequent. When it had its biggest quarter ever in Q4 2017, adding more than 8.3 million subscribers, the company credited features like Stranger Things 2, Bright, The Crown, and 13 Reasons Why.

Increasingly, Netflix sees a connection between its original programming and subscriber growth, and the popularity of such shows are a big reason the company has consistently beat its own forecast and analysts' estimates in recent quarters. The company said Bright, for example, drove a notable lift in subscriber acquisition. Similarly, the company credited the premiere of Stranger Things with a rise in subscriber growth.

That's why Netflix is plowing even more money into content, promising to spend $7.5 billion to $8 billion this year, much more than any of its competitors. While the company has taken on billions in debt to fund that strategy, projecting negative free cash flow of -$3 billion to -$4 billion, management is confident that those moves will pay off as it will fuel new subscriber growth, and the Obama deal is a perfect example of how it will do so.

The Obamas are among the most respected and well-known public figures in the world. President Obama received more votes than any other presidential candidate in U.S. history in 2008, tallying nearly 70 million votes. Michelle Obama, meanwhile, was a widely admired first lady, and finished two terms in the White House with a favorable rating of 64%.

On Twitter, they also reach a huge audience. Barack Obama has 103 million followers, and his tweets are often among the most favorited and retweeted on the platform. Michelle Obama, meanwhile, counts nearly 11 million followers of her own.

Considering the level of fame and respect the Obamas enjoy, it seems like a safe bet that the content they produce for Netflix will drive another surge in users to the leading streamer. While about half of American households already subscribe to the service, it's likely that many of the holdouts are among the former president's fans, and the Obamas also have a sizable fan base internationally. Kenyans, for instance, rejoiced when Obama was elected president due to his Kenyan ancestry, and he is also popular in Europe, especially at a time when President Trump is seen by many on the continent as turning his back on international norms.

It's not clear yet whether the Obamas will be in front of camera or how involved they will be in creating the content they're producing, but the breadth of the deal, which includes scripted and unscripted content such as documentaries and features signals that the partnership will be enduring and will bear ample fruit for Netflix and its viewers.

Score another win for the leading streamer as the Obama deal is more evidence of the power of Netflix's unique platform. We don't yet know when the family's content will first hit the streams, but you can expect a jump in subscriber growth when it does.