Please ensure Javascript is enabled for purposes of website accessibility
Log In Help Join The Motley Fool
Free Article Join Over 1 Million Premium Members And Get More In-Depth Stock Guidance and Research
By Chris Neiger - May 26, 2018 at 1:30PM

The company's core business is solid, and its AI prospects are too hard to turn down.

NVIDIA Corporation (NVDA 5.55%) has been a darling of Wall Street for a few years now, and investors have pushed the company's share price up by a staggering 1,000% over the past three years. But the company's phenomenal share price gains mean its stock now trades at about 41 times the company's trailing earnings, much higher than the tech sector's current price-to-earnings average of about 21.

So, why might investors be willing to pay a premium for NVIDIA's shares? Let's take a look. 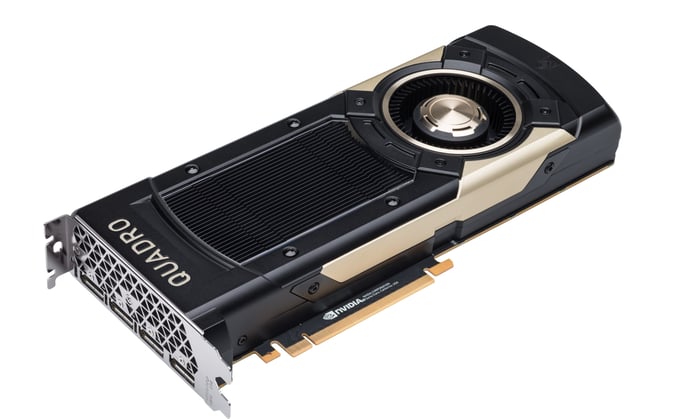 Its core business is prospering

One of the main things potential NVIDIA investors should know is that the company makes the vast majority of its top line -- 54% in the most recent quarter -- by selling graphics processing units (GPUs) for the desktop gaming marketing. The second thing to know is that its GPU gaming business is booming.

In the company's first fiscal quarter of 2019, gaming revenue grew nearly 68% year over year to $1.7 billion, which came on the heels of 29% and 25% growth in the previous two quarters.

NVIDIA has held a discrete desktop GPU market share advantage over AMD for more than seven years. That type of lead isn't easily lost, and it should help keep the company's core business humming along for years to come.

It's leading in artificial intelligence

NVIDIA has not only built out an excellent GPU business, but the company has also applied its GPU know-how to the artificial intelligence (AI) market. Alphabet's Google, Facebook, Amazon, and other tech companies all rely on NVIDIA's GPUs to power some of their machine-learning servers.

NVIDIA isn't merely dabbling in this AI server space, though. The company believes its total addressable market in high-performance computing and deep-learning server training could be $15 billion by 2020.

But using its chips to power some of the most advanced AI servers on the planet isn't the company's only artificial intelligence opportunity. NVIDIA is also on the third version of its driverless car supercomputer, called Drive PX Pegasus, which utilizes the company's GPUs to give semi-autonomous vehicles the ability to see and understand their surroundings.

NVIDIA is already working with 25 automakers to bring help bring Level 5 fully autonomous vehicles to roads by 2021. While sales of automotive technology only accounted for about 4.5% of the company's top line in the most recent quarter, NVIDIA believes its total addressable market in AI-driven driverless car tech could be $8 billion by 2025.

Is this is a wise investment move?

Of course, any decision to invest in a particular company comes down to how an individual investor calculates the value and potential of a stock. But I think investors who snatch up NVIDIA's shares right now likely won't be disappointed.

Driverless cars and AI-powered servers are just getting started, which means there's still plenty of room for NVIDIA to benefit from these trends. Additionally, the fact that NVIDIA's gaming GPU business is so strong means that even if some of the company's new prospects don't pan out, NVIDIA's financials won't suffer.

Should Nvidia Investors Be Worried?