More than 4 in 10 Americans couldn't handle a $400 emergency expense without borrowing the money or selling something, according to the Federal Reserve's latest Report on the Economic Well-Being of U.S. Households.

While this is a significant improvement over previous years, it's still a troubling statistic. After all, $400 in emergency savings isn't nearly enough to be adequately prepared for unexpected life events, so it's scary that so many people don't have it. 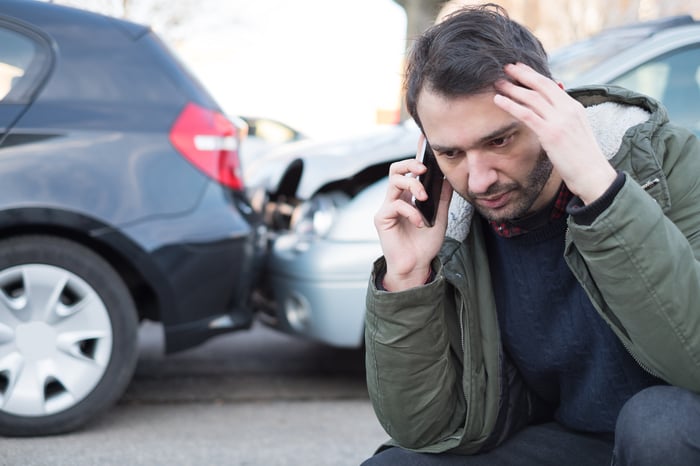 Americans are getting better at preparing for emergencies

According to the Federal Reserve's report, 59% of American adults say that they could cover a hypothetical $400 expense with cash or its equivalent, which includes using actual cash, money from a savings account, or using a credit card that will be paid off in full at the next statement.

This is a significant improvement over the 2013 version of the report, which found that just half of Americans could cover such an expense. In fact, as the economy has improved, the emergency-preparedness of American adults has steadily improved as well.

But this still leaves more than 4 in 10 Americans unprepared

To be sure, this is a solid improvement. This means that out of every 100 people, nine more are prepared for a mild financial emergency than there were five years ago.

Having said that, it's rather alarming that more than 40% of American adults could not cover a $400 expense. Greg McBride, chief financial analyst at Bankrate.com, commented that:

The finding that 4 in 10 adults couldn't cover an unexpected $400 expense without selling something or borrowing money is troubling. Nothing is more fundamental to achieving financial stability than having savings that can be drawn upon when the unexpected occurs. Regular direct deposits from the paycheck to a savings account can build some much-needed financial cushion.

How much should you have in emergency savings?

Perhaps the most troubling thing is that $400 isn't even close to being an adequate emergency fund. In order to deal with real-world situations such as job loss, medical bills, and more, it is advisable to have many times this amount.

In fact, most experts suggest that an emergency cushion equal to six months' worth of your expenses is a good goal to shoot for. So, if your mortgage or rent, car payments, utilities, groceries, and all of your other necessary expenses come to $4,000 per month, this means that you should ideally have about $24,000 in a readily accessible emergency fund.

While this is a good target, it doesn't mean that you need to get there right away. It may be more practical to start by aiming for one months' worth of expenses and build from there. However, the point is that far too many people are woefully underprepared.

What to do if your emergency savings is too low?

There are many different ways of trying to tackle the problem of emergency savings, but I have two general suggestions -- set an attainable short-term goal and make the process automatic.

For example, let's say that you're starting from zero and that your monthly expenses are $4,000 as in our prior example. A realistic goal might be to aim for one month's worth of expenses within a year. If you get paid bi-weekly, setting up an automatic transfer of $154 every payday would allow you to achieve your goal.

The bottom line is that while $400 in emergency savings puts you in a better position than 41% of Americans, by no means should you stop there. Emergency preparedness is a critical component of financial health, so it's important to make it a priority.