Please ensure Javascript is enabled for purposes of website accessibility
Log In Help Join The Motley Fool
Free Article Join Over 1 Million Premium Members And Get More In-Depth Stock Guidance and Research
By Leo Sun - May 28, 2018 at 12:00PM

Electric vehicles (EVs) only account for a sliver of the global auto market, but better batteries, lower price tags, government incentives, and improvements in charging infrastructure should boost sales over the next few years.

The global EV market could grow at a compound annual growth rate of 21.4% between 2018 and 2026, according to ReportBuyer. In United States, Tesla (TSLA 1.24%) sold three of the country's five best-selling EVs in the first four months of 2018. 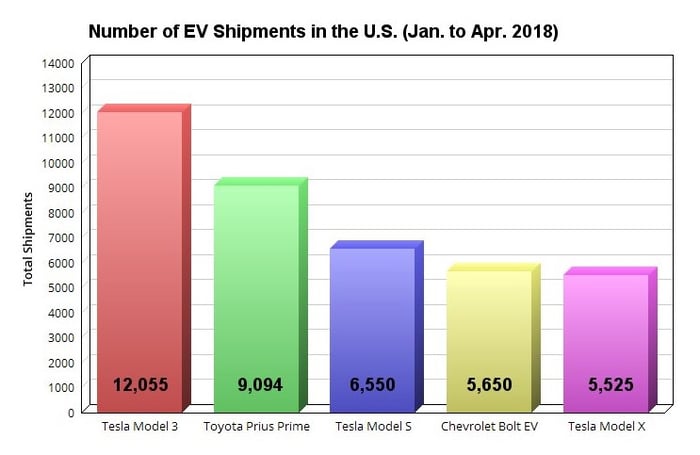