Please ensure Javascript is enabled for purposes of website accessibility
Log In Help Join The Motley Fool
Free Article Join Over 1 Million Premium Members And Get More In-Depth Stock Guidance and Research
By Leo Sun – Updated May 30, 2018 at 6:56AM

Ralph Lauren is turning its business around, but investors are overlooking some key problems.

Shares of Ralph Lauren (RL -2.68%) recently surged to a three-year high after the apparel retailer's fourth quarter numbers topped Wall Street's expectations. Its revenue declined 2% annually to $1.53 billion, but beat estimates by $50 million. On a constant currency basis, its revenues fell 7%. Its adjusted earnings rose by a penny to $0.90, topping estimates by seven cents.

Ralph Lauren expects flat to slightly negative revenue growth on a constant currency basis for the current quarter, and a low-single-digit sales decline for the full year. Those numbers seemed anemic at best, so I was surprised to see Ralph Lauren's stock jump after the report. 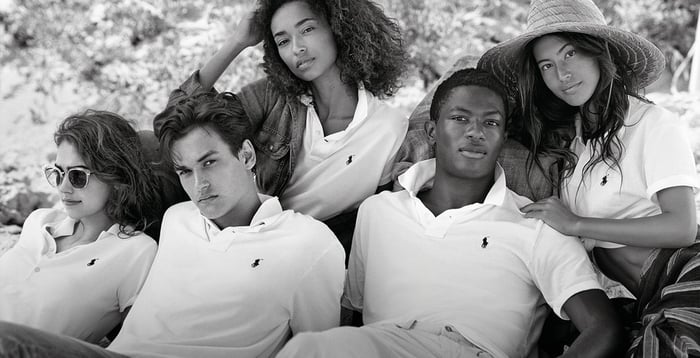 Granted, expectations for Ralph Lauren have been low over the past few years due to sluggish mall traffic, competition from fast fashion retailers, and the resignation of its turnaround CEO amid a conflict with its namesake founder. However, I still think Ralph Lauren's post-earnings pop was mostly unjustified.

Why the bulls got excited

Ralph Lauren attributed its recovery in North America to a 6% jump in brick-and-mortar comps, which was offset by an 18% decline at its main website. That shift was intentional, and part of its ongoing efforts to reduce online promotions. The bankruptcy of department store chain Bon-Ton also weighed down its North American wholesale growth.

The company attributed its growth in Asia to robust sales in both the retail and wholesale channels, with 6% sales growth in Japan on a constant currency basis, 34% growth in mainland China, and 22% growth across the Greater China region.

Simply put, Ralph Lauren is protecting the brand appeal of its products in North America by throttling its sales in off-price channels, relying more heavily on Asian markets, and shortening its turnaround of new products to compete against fast fashion rivals. This resembles Guess' (GES -1.41%) turnaround strategy, which relied on higher sales in Europe and Asia to offset its soft North American sales.

Why the bears still smell blood

CEO Patrice Louvet, who took the top job last year, has made progress getting Ralph Lauren back on track. But the company still hasn't resolved some of its biggest problems.

During the conference call, CFO Jane Nielsen claimed that the company would implement "a number of changes in our product assortments and promotion structures to improve the traffic and conversion trends in our European stores." But if those efforts don't pan out, the region's negative growth could offset its gains in Asia.

Ralph Lauren's turnaround times are improving, but they remain well behind many of its industry peers. 90% of its products now have a nine-month lead time, up from 50% in the prior-year quarter. For comparison, Inditex's Zara, the market leader in fast fashion, has a turnaround time of about two weeks. Urban Outfitters (URBN -0.66%) recently claimed that nearly 50% of its products had a lead time of 12 weeks or less.

Wall Street expects Ralph Lauren's revenue to stay roughly flat this year as its earnings rise 4%. Those are dismal growth numbers for a stock that trades at 22 times this year's earnings.

Ralph Lauren looks healthier under Louvet's leadership, but the company still needs to improve its North American business, revive its European business, fend off the competition in Asia, and shorten its turnaround times. It could certainly accomplish those things over the long term, but the stock seems too pricey relative to its growth potential -- so investors should stick with other apparel plays instead.