Please ensure Javascript is enabled for purposes of website accessibility
Log In Help Join The Motley Fool
Free Article Join Over 1 Million Premium Members And Get More In-Depth Stock Guidance and Research
By Asit Sharma – May 28, 2018 at 11:00AM

The developer of cloud applications opens the back half of its fiscal year with margin growth and new product introductions.

Early in its current fiscal year, enterprise cloud networking services provider Nutanix Inc (NTNX -1.37%) began to de-emphasize sales of its partners' hardware products in favor of focusing on its own core cloud-based software offerings. The company's fiscal third-quarter 2018 earnings report, released on May 24, reflected higher profitability and improved cash flow, which can be traced in part to this decision. Let's review the details of the quarter after first walking through headline numbers directly below: 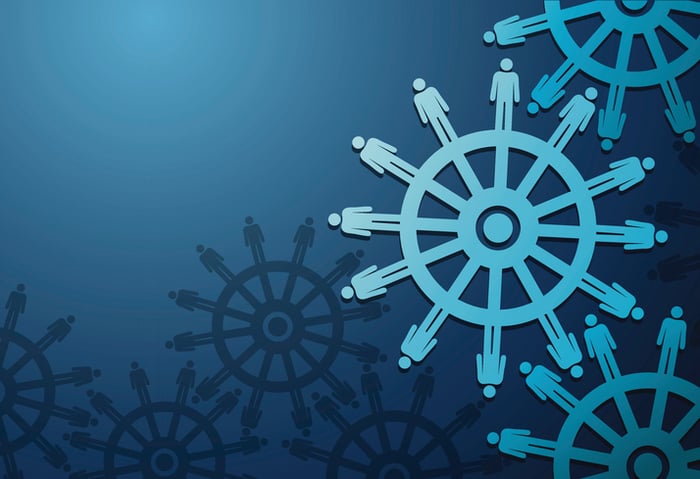 Nutanix CEO Dheeraj Pandey took the opportunity during the earnings conference call on May 24 to discuss three new promising products that were announced at the company's recent ".NEXT" user conference in New Orleans: "These three new additions to our product portfolio, Nutanix Beam, Era, and Flow, are important not only for their strategic value to our business, but also for the new opportunities they open for customers in our platform. These offerings will help our customers better manage their hybrid cloud environment, while helping to solidify our unique thesis of building an enterprise operating system from the ground up for a multi-cloud world."

Each of these new products operates along the core principle of simplicity espoused by management and found within the company's popular "one-click" software environments. They also demonstrate Nutanix's growth beyond networking into what Pandey envisions as a "compute, storage, networking, security, and application mobility company."

Nutanix management avoids medium- and long-term guidance, preferring to look forward in three-month increments. For the fourth quarter of 2018, assuming that it eliminates $95 million of hardware pass-through sales, the company expects to book between $295 million and $300 million in revenue. Hitting the midpoint of this tight range would represent roughly 31.5% top-line growth over the fourth quarter of fiscal 2017.

On the earnings front, Nutanix only provides non-GAAP guidance. Typically, Nutanix removes stock-based compensation from labor expense on its income statement in its non-GAAP numbers. This adjustment usually makes up most of the variance from GAAP in Nutanix's non-GAAP projected earnings (or loss) per share.