It's NBA playoff season, and if you watch enough games, you'll inevitably hear a commentator announce, as a team endures a woeful three-point shooting performance, that they're being thwarted by "a lid on the basket."

How this lid materializes is rarely explained or dwelt upon. At any rate, I do like the cliche for its flexibility as a metaphor for other disciplines -- the consumer packaged goods (CPG) industry, for example. Several CPG companies, including Unilever PLC (NYSE:UL), have recently found a lid on their pricing baskets: a constraint on their ability to push through price increases on goods sold through retail channels.

Lifting prices over time is an important component of revenue growth for CPG conglomerates; it's an anchor of the trinity which also includes product mix and volume growth. Unilever reported pricing growth of just 0.1% during the first fiscal quarter of 2018.

During the organization's most recent earnings conference call, CEO Graeme Pitkethly anticipated investors' concern, and elaborated on four factors compressing price flexibility. Let's briefly review these, both for context, and to understand the depth of future pricing issues.

Over the last two years, emerging-market currencies have rebounded against the multiyear dominance exerted by the U.S. dollar. While Unilever reports its financials in euros, the greenback is perhaps functionally the more important currency to the company, as it's the trading currency for importing raw materials manufactured in emerging markets.

Before the current rebound, CPGs experienced a multiyear cycle of emerging-market currency depreciation against the dollar. Unilever (and competitors) would raise, or "take," pricing in local currencies on products sold, to compensate for climbing commodity costs due to dollar strength. As emerging-market currencies have stabilized, the need to take pricing has abated.

This isn't necessarily negative for the company, as a stable price environment can be conducive to volume growth: When economies expand and local currencies appreciate, consumers have more disposable income to spend. 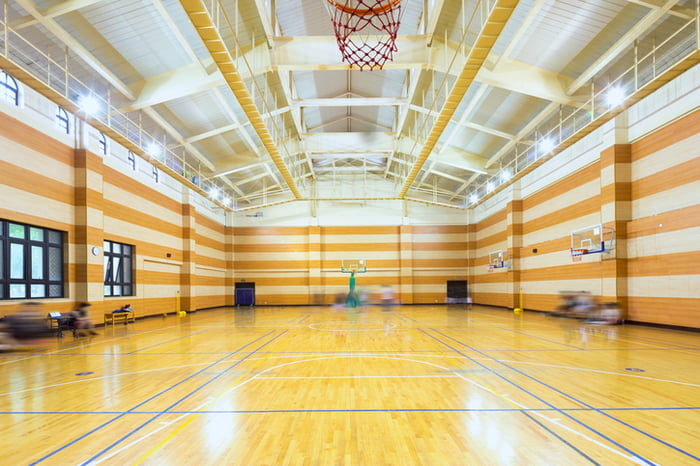 2. Impact of GST in India

In July of 2017, the Indian government replaced an inefficient patchwork of state and central government tax regimes, which often penalized both manufacturers and consumers, with the "Goods and Services Tax" (GST).

From a manufacturer's perspective, GST adds taxes in logical fashion, as products are taxed in the supply chain at each stage in which value is added to a product.

For consumers, GST eliminates a confusing and sometimes redundant nexus of central and state taxes, which often resulted in "tax upon tax" in the final sales prices of goods and services in India.

GST is a modern tax structure which should encourage foreign manufacturing investment. After July of this year, Unilever and its competitors in India will have lapped the varying price changes brought about by GST. As the sales environment normalizes, Unilever will have more flexibility to take pricing in this growing and vital market.

As a region, Latin America is seeing its strongest economic growth since 2013. One of the benefits of expanding regional GDP (gross domestic product) is a relative curtailing of the high inflation which has plagued most Latin American economies for several years.

As with the currency effects described earlier, retailers take pricing to keep up with price inflation in highly inflationary environments. Conversely, once inflation subsides, pricing eases, paving the way for volume growth.

Pitkethly cited Argentina, where annualized inflation has dropped from percentages in the mid-40s to roughly 25%, and Brazil, where price growth is in a rare negative growth phase, as examples of moderating inflation which in the near term are capping Unilever's pricing power.

Price competition and a battle for retail shelf space in the developed markets of North America and Europe have forced multinational giants like Unilever to lean toward discount programs as of late, thus protecting market share.

Pitkethly noted that the dressings (salad dressings and sauces) business in North America is a specific area experiencing a prolonged promotional price environment. Yet he asserted that the company wasn't discounting in vain, but "winning the battle" -- retaining share in dressings against competitors.

Holding market share is a reasonable current priority with implications for future business. In periods when consumers exhibit high price sensitivity, it's better to wait until the promotional environment eases before trying to recover one's own rising costs.

Looking ahead to the balance of fiscal 2018

Unilever's management is cautioning its investors not to read too much into its lack of pricing power in the first half of this year. All the factors above are either temporary or cyclical. And Unilever boasts many areas of success where it's bumped up price along with volume growth, including Mexico, the Netherlands, Turkey, and the Philippines.

While the consumer packaged goods industry is facing revenue growth in the low single digits, Unilever has demonstrated a continual ability to act more nimbly against competition and solve growth issues strategically, despite its expansive scale. Similarly, as constraints abate, management will likely be proactive in lifting the lid on Unilever's pricing basket in the coming quarters.