Please ensure Javascript is enabled for purposes of website accessibility
Log In Help Join The Motley Fool
Free Article Join Over 1 Million Premium Members And Get More In-Depth Stock Guidance and Research
By Brian Feroldi – May 31, 2018 at 10:27AM

In response to strong results from an important phase 2 clinical trial, shares of Madrigal Pharmaceuticals (MDGL 3.34%), a red-hot clinical-stage biotech, more than doubled in early morning trading on Thursday. As of 10:30 a.m. EDT shares were up 121%.

Madrigal reported top-line results from its 36-week phase 2 clinical trial that was designed to test its lead compound MGL-3196 as a hopeful treatment for nonalcoholic steatohepatitis (NASH). 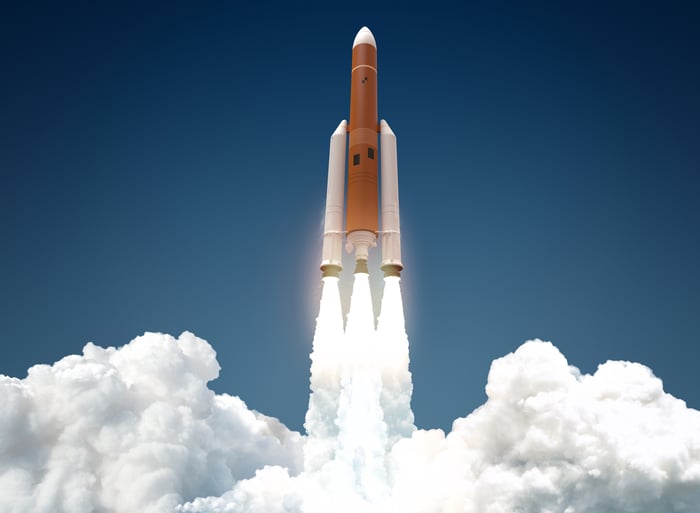 The key takeaway for investors is that MGL-3196 met the study's primary endpoint, which was defined as a statistical significance relative reduction of liver fat at week 36. What's more, many of the study's secondary endpoints were also reached.

Here's a quick summary of the results:

Given the news, it isn't hard to figure out why shares are on fire today.

While this announcement is certainly worth celebrating, it is also important for investors to remember that this data is from a phase 2 study. As we've seen before, strong phase 2 data doesn't always translate into solid phase 3 data.

Having said that, this readout should go a long way toward giving investors confidence that MGL-3196 is the real deal. That's encouraging since some analyst believe that the NASH market could reach $35 billion in annual sales down the road.

Of course, Madrigal isn't the only company with a horse in the race to bring a successful treatment to market. Deep-pocketed biotechs such as Gilead Sciences and small caps like Intercept Pharmaceuticals are also working furiously to develop winning NASH drugs of their own.

Then again, the market for NASH is expected to be so large that it could easily support multiple winners. From what we've seen thus far, MGL-3196 looks like it will be a winning drug. If the company can reproduce its fantastic phase 2 results in a larger phase 3 trial, then it wouldn't surprise me one bit to see this rocket-ship stock continue to soar.