Please ensure Javascript is enabled for purposes of website accessibility
Log In Help Join The Motley Fool
Free Article Join Over 1 Million Premium Members And Get More In-Depth Stock Guidance and Research
By Keith Speights – Apr 17, 2018 at 6:32AM

One big deal -- and two small ones -- Pfizer could make instead of buying Bristol-Myers Squibb.

Pfizer chairman and CEO Ian Read told Citi analyst Andrew Baum recently that an acquisition of Bristol-Myers Squibb (BMS) is off the table for now, according to financial news website The Fly. There had been widespread speculation over the last several months that a Pfizer-BMS deal was a distinct possibility, especially in light of comments by Pfizer executives in November that the big pharma company was "agnostic to size" when it comes to making another acquisition.

While I was one of those who thought Pfizer probably would buy BMS, the drugmaker was never at the top of my list of targets that Pfizer should acquire. Which companies would be better candidates for Pfizer? Here's why I think Celgene (CELG), Sangamo Therapeutics (SGMO 0.62%), and Madrigal Pharmaceuticals (MDGL 3.34%) should get serious consideration. 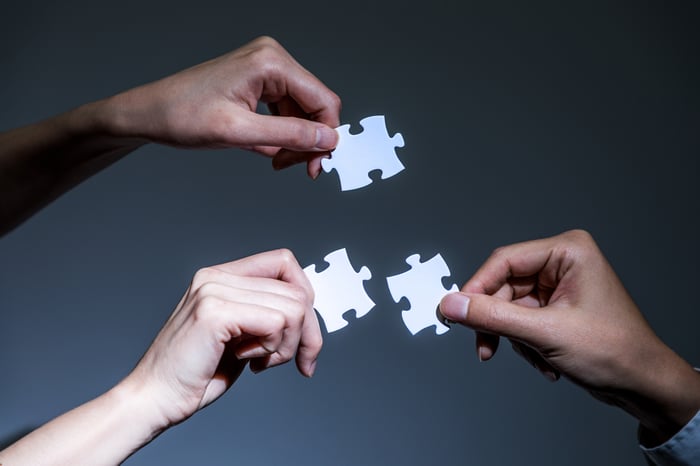 If Pfizer wants to go big, I think Celgene presents a better opportunity than BMS. For one thing, Celgene's market cap is roughly $20 billion less than that of BMS. More important, though, Celgene offers greater growth opportunities.

Even with solid momentum for Opdivo and Eliquis, BMS expects 2018 revenue to grow only in the low- to mid-single digit percentages. By comparison, Celgene should see revenue increase this year by close to 14%. And the biotech's future looks good also.

Celgene dominates in blood cancer with Revlimid and Pomalyst. Anti-inflammatory drug Otezla continues to enjoy strong sales growth. The biotech's pipeline is also loaded with potential winners. Even though Celgene fumbled with its regulatory submission of ozanimod for treating multiple sclerosis, the drug should still win approval and become a blockbuster success story. Other great candidates include experimental hematology/oncology drugs bb2121, CC-486, fedratinib, JCAR017, and luspatercept.

Probably the biggest reason why Pfizer would be hesitant to buy Celgene is uncertainty over patent challenges to Revlimid. However, Celgene has already settled with Natco Pharma. I suspect it will reach similar deals with others wanting to market generic versions of Revlimid.

Sangamo Therapeutics has at least one thing in common with Bristol-Myers Squibb: It's already a partner with Pfizer. In 2017, Pfizer teamed up with Sangamo to develop gene therapy products for treating hemophilia A. Earlier in 2018, the two companies expanded their relationship to collaborate on gene therapies for treating neurodegenerative disorders amyotrophic lateral sclerosis (ALS) and frontotemporal lobar degeneration (FTLD) linked to mutations of the C9ORF72 gene.

Pfizer could nearly buy Sangamo with its spare change. The small biotech's market cap stands at $1.6 billion. Despite not having a pipeline candidate beyond early stage clinical testing, Sangamo has attracted a lot of attention from big drugmakers because of its leadership in zinc finger nuclease (ZFN) gene-editing technology.

Gene editing holds the potential to be a game changer in treating genetic diseases. Although another gene-editing approach called CRISPR has garnered more support in the research community than ZFN, Sangamo has a head start in clinical development with its gene-editing method.

Why might Pfizer take a pass on Sangamo? A deal wouldn't be anywhere close to transformative in the short run. Pfizer could also prefer to wait and see how clinical studies progress. However, buying Sangamo now could give Pfizer a huge long-term advantage as gene therapies gain traction.

Madrigal Pharmaceuticals' market cap is a little smaller than Sangamo, which would make an acquisition of the biotech relatively painless for Pfizer. Buying Madrigal would also give Pfizer something the company would love to have: a promising drug for treating non-alcoholic steatohepatitis (NASH) ready to advance to late-stage clinical development.

NASH appears likely to become the next big market opportunity for big pharma. The disease has no approved treatment. And it's expected to become the top cause for liver transplants by 2020. Some analysts project the NASH market could reach $35 billion.

Madrigal reported great top-line phase 2 results in December for its lead candidate MGL-319 in treating NASH. The company hopes to begin a late-stage study of the drug after completing discussions with the FDA. MGL-319 could address the underlying root cause of NASH by reducing liver fat.

Pfizer has its own NASH candidates, though -- a couple in phase 2 studies and another in phase 1. So why would Pfizer be interested in Madrigal? There's a good chance that the most effective treatment for NASH will be through combinations of drugs. Gaining MGL-319 could give Pfizer an edge over other major companies racing to develop NASH drugs.

My view is that Celgene, Sangamo, and Madrigal would be great acquisitions for Pfizer. Even better, Pfizer could buy all three of them for less than what it would cost to buy Bristol-Myers Squibb. Three simultaneous acquisitions would definitely stir things up.

Do I think that will happen? No. I'm not sure if Pfizer will buy any of these three biotechs. For that matter, I'm not so sure Pfizer won't actually end up buying BMS when all is said and done.

Ian Read reportedly said that Pfizer wasn't interested in acquiring BMS without some great clinical data (presumably for Opdivo) and a lower stock price for the pharma company. It's quite possible that both of Read's criteria are met in the not-too-distant future. Never say never in the business world, especially when it comes to wheeling and dealing.