Please ensure Javascript is enabled for purposes of website accessibility
Log In Help Join The Motley Fool
Free Article Join Over 1 Million Premium Members And Get More In-Depth Stock Guidance and Research
By Leo Sun - May 31, 2018 at 6:31PM

Boosting its sales with new restaurant openings is a bright red flag.

Shares of Zoe's Kitchen (ZOES) plunged 40% to an all-time low on May 25 after the Mediterranean-inspired restaurant chain missed first quarter expectations and slashed its full-year guidance. Zoe's revenue rose 13% annually to $102.1 million, but that missed estimates by $3.2 million.

However, most of that growth was driven by new restaurant openings, since its comparable restaurant sales slid 2.3% -- compared to expectations of 0.5% growth. Zoe's blamed the drop on a slight calendar shift, adverse weather conditions, lower dine-in traffic, and a decline in its average single person check. 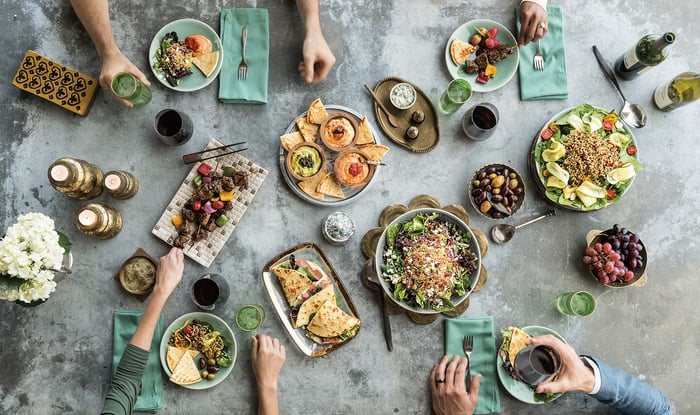 Opening new restaurants amid declining sales at existing ones is a costly strategy. That's why Zoe's posted an adjusted net loss of $2.6 million, or $0.13 per share -- which missed estimates by $0.13 and compared poorly to its net profit of $0.3 million, or a penny per share, in the prior year quarter. Its adjusted EBITDA also tumbled 31% to $5.6 million.

Zoe's slashed its prior sales guidance for fiscal 2018 from $358-$368 million to $345-$352 million, which implies 11% growth at the midpoint but misses the consensus forecast for 14.9% growth. It also cut its comps forecast from "flat to 2%" to negative 2% to 4% -- indicating that it will continue propping up its sales with new restaurant openings.

This means that Zoe's losses will likely widen, unless it reverses its comps declines and ensures that its new locations don't slip into the same slump. If Zoe's can accomplish that, the stock might be a bargain at 0.5 times this year's sales. But if it can't, the stock could end up in a terminal decline.

What the bears say...

Zoe's initially carved out a comfortable niche in the fast casual market with its Mediterranean-inspired salads, pitas, and sandwiches. That's why its stock surged 65% on its first trading day in 2014.

However, the fast casual market became increasingly crowded with rival chains like Panera Bread and Chipotle, and Zoe's got squeezed between traditional dine-in restaurants like Darden's Olive Garden and evolving fast food players like Wendy's (WEN -0.70%) and McDonald's (MCD -0.32%).

Improved apps and delivery services from its rivals exacerbated the pain, and Zoe's sales growth decelerated as its profitability barely improved. Meanwhile, it kept opening new stores in hopes that the newer locations would fare better than the old ones. 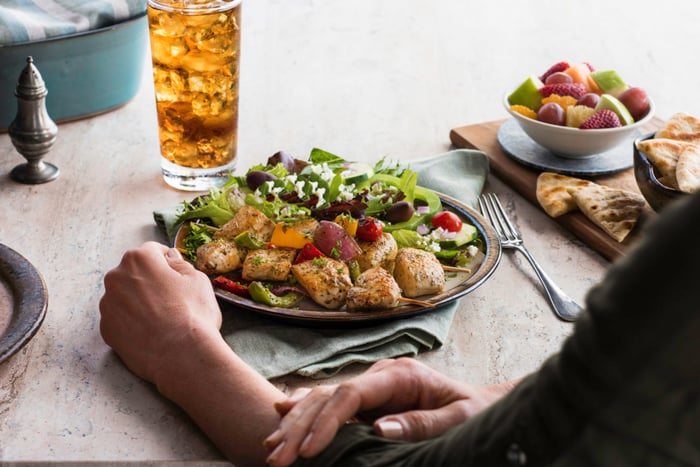 What the bulls say...

During the conference call, Zoe's CEO Kevin Miles stated that the company will reduce its total restaurant openings for 2018 and 2019 to "approximately" 35 new locations. This indicates that while its 25 new store openings for 2018 might already be locked into construction contracts, it will likely only open ten new locations in 2019.

Miles declared that Zoe's would "thoroughly evaluate our existing fleet of restaurants" and possibly close "a handful of older restaurants approaching the end of their lease term." This indicates that Zoe's could finally shutter the weaker locations that are throttling its comps growth.

Miles also stated that Zoe's would expand its franchising strategy beyond its single franchisee, which could significantly boost its margins as it passes the overhead costs onto other franchisees. McDonald's, for example, plans to have 90% of its locations franchised by the end of 2018. 95% of all Wendy's locations were franchised last year.

Zoe's might eventually rebound if it reins in its store openings, closes weaker locations, and pivots toward a higher-margin franchising model. But for now, Zoe's is stuck in a negative cycle of using new store openings to generate sales growth while neglecting its existing stores. This strategy could lead to wider losses -- so investors should steer clear of this battered stock.