Shares of Petrobras (NYSE:PBR)(NYSE:PBR.A) tumbled more than 10% by 11:00 a.m. EDT on Friday after the Brazilian oil giant's CEO resigned due to the diesel crisis in Brazil.

CEO Pedro Parente resigned on Friday amid the fallout of a nationwide trucker strike in response to rapidly rising diesel prices in the country. The company released a statement that it will choose an interim CEO on Friday and that its other top executives will remain in place. 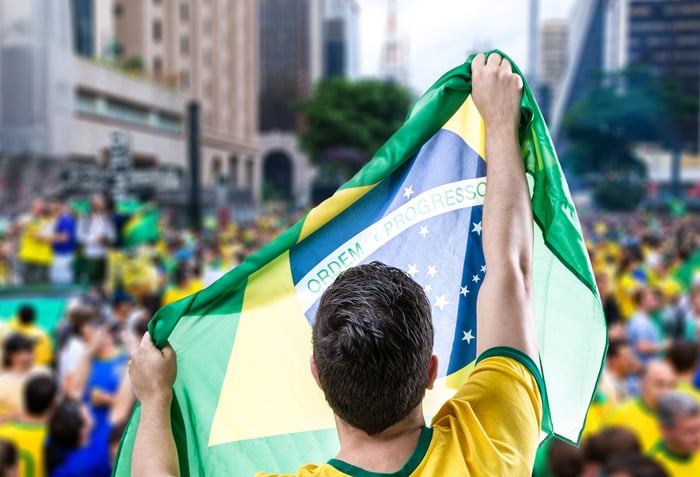 Truckers in Brazil went on strike in late May in response to a more than 50% rise in fuel prices over the past year due to higher oil prices. The company and the government of Brazil have been working to resolve the dispute, which has disrupted the economy and caused fuel and food shortages. While trucker protests and a strike by oil workers have ended, Brazil hasn't yet found a long-term solution to the issue, which could ultimately lead the country to scrap its market-based system and start selling fuel below cost.

Inventors see the resignation as a blow to Petrobras, which has been working to preserve its ability to raise diesel prices in response to the uptick in crude pricing. It's unclear yet if the company will need to permanently lower fuel prices, which could significantly impact its profitability. Because of that uncertainty, investors are better off steering clear of Petrobras and considering one of these top-tier oil stocks instead.