Apple (NASDAQ:AAPL) had a pretty busy day yesterday, kicking off its annual Worldwide Developers Conference with a plethora of announcements regarding software and services, although there were no meaningful hardware refreshes or introductions. There was one service in particular that found its way into numerous aspects of the keynote presentation: Apple News. Apple News has emerged as a sort of sleeper hit for the company, becoming a popular service that garners approximately 50 million users each month.

The Mac maker is about to take Apple News to the next level. 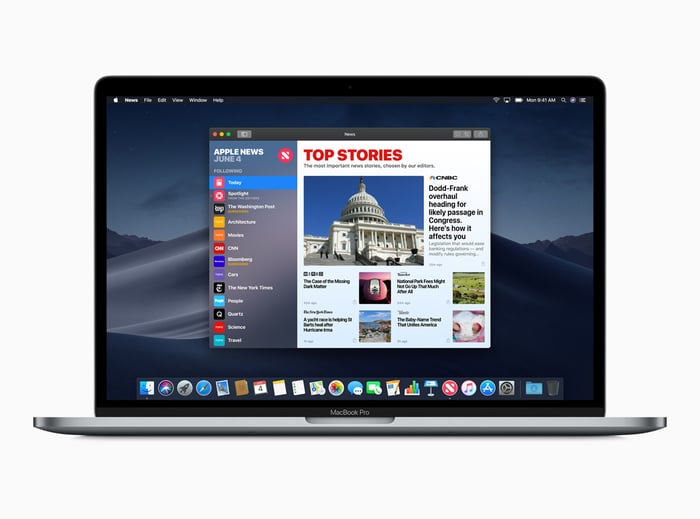 Apple News is coming to the Mac. Image source: Apple.

On iPhone, Apple News is getting some minor design tweaks, but the iPad version is getting a redesigned interface for easier navigation. On top of that, Apple News is among the first four first-party iOS apps that Apple is porting to the Mac, which is part of a yearslong initiative that the company has been working on. The other three apps coming to Mac are Voice Memos, Home, and Stocks. 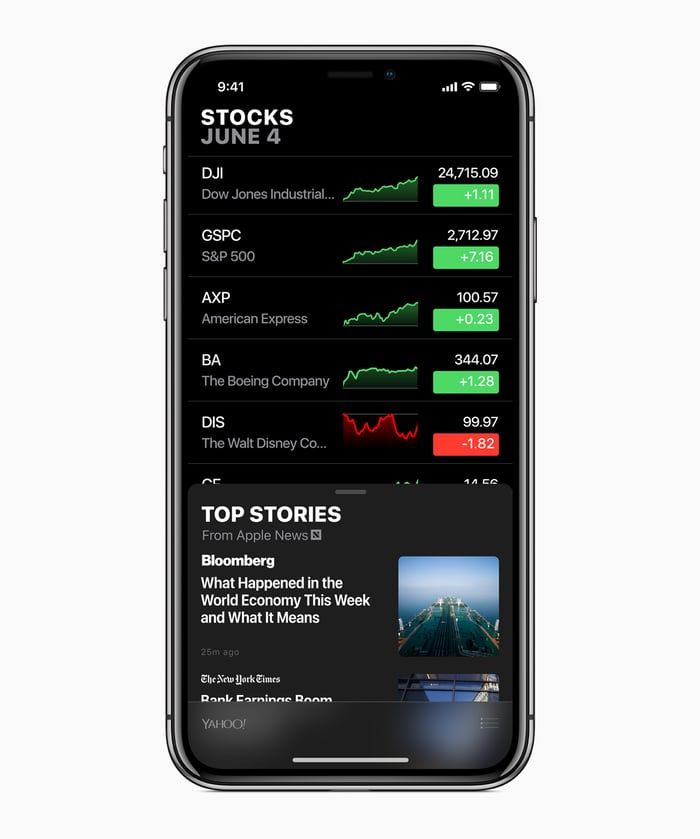 That has some potential implications for Yahoo! Finance, part of Verizon's (NYSE:VZ) media subsidiary Oath, which has historically delivered financial news content to the Stocks app. The mockups of the new Stocks app still include Yahoo!'s logo, suggesting it is still contributing some data to the service, but it appears that Yahoo! is getting displaced to some degree. It's possible that Stocks will only get quote data from Yahoo!, as Apple made a big deal out of announcing that financial news would be coming from Apple News.

Yahoo! Finance is one of the largest portals for financial content on the internet and was one of the most valuable properties included in the Verizon/Yahoo! deal that closed last summer. It speaks volumes that Apple is confident enough in Apple News to supplant Yahoo! Finance in the Stocks app, while also expanding it to the Mac, which will inevitably also contribute to growing usage of the service.

Apple News is part of the bigger picture

In other words, Apple News is finding its way across an increasing number of Apple hardware products and software services in a big way, underscoring how strategically important Apple considers the service to be.

Many companies that serve as important distribution channels for content have been struggling in the era of fake news, and Apple believes it can help mitigate misinformation with its Apple News editorial team. In an interview with NBC Nightly News last November, CEO Tim Cook expressed concern that misinformation was being used to divide and manipulate people, which he considered a greater risk than political ads that may be purchased by foreign governments.

In terms of monetization, don't forget those rumors that Apple is putting together a premium news subscription service following the acquisition of Texture earlier this year. Apple News could very well be the next big pillar of the company's overarching services ambitions.