Please ensure Javascript is enabled for purposes of website accessibility
Log In Help Join The Motley Fool
Free Article Join Over 1 Million Premium Members And Get More In-Depth Stock Guidance and Research
By Keith Speights - Jun 6, 2018 at 9:17AM

Canopy Growth just bought a company in tiny Lesotho. And it's a bigger deal than you might think.

Canopy Growth Corporation (CGC -3.05%) already ranks as the largest marijuana producer in North America. It's also one of the top cannabis suppliers in Europe thanks in large part to its 2016 acquisition of Germany-based MedCann. Canopy has established a significant presence in South America with its Spectrum Chile and Bedrocan Brasil subsidiaries. The company is also a major player in Oceania with its minority ownership in and partnership with Australia-based AusCann.

Now Canopy Growth is looking to conquer another continent. The company recently announced that it had acquired Daddy Cann Lesotho, which also operates under the name Highlands. Africa might seem like the last place Canopy would want to expand into, but the marijuana grower had good reasons for its latest acquisition. 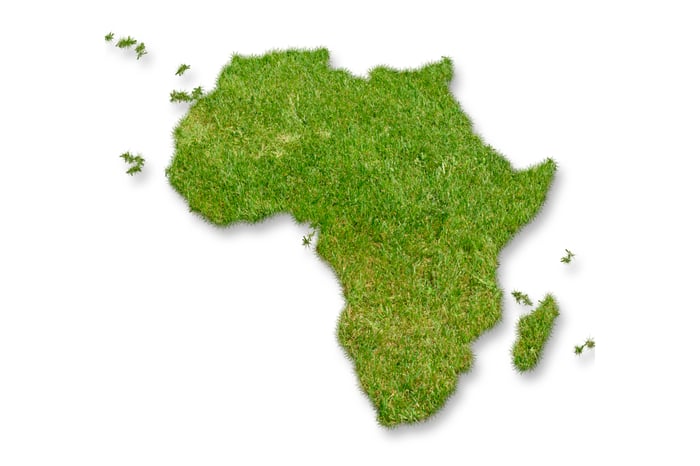 Highlands is based in the Kingdom of Lesotho. The population of the country is less than 2.3 million. What made a company in a tiny African country attractive to Canopy Growth?

For one thing, Lesotho was the first country in Africa to legalize medical marijuana. Technically, Lesotho's 2008 Drugs of Abuse Act opened the door for legal use of medical marijuana. However, it wasn't until last year that the country issued its first license to a business to grow marijuana.

Practically speaking, Lesotho provides a great environment for growing marijuana. It's a mountainous kingdom with over 300 days of sunshine on average each year. Humidity levels in Lesotho are just where cannabis cultivators like them. There are also cost advantages to operating in the country: very low resource and employee costs.

The price tag for Canopy Growth to establish a foothold in Lesotho was also relatively low. Canopy acquired Highlands in an all-stock transaction valued at around 28.8 million Canadian dollars.

A big market in any direction

The most important reason Canopy chose to invest in a Lesotho-based company was its geographical location. Lesotho is landlocked and completely surrounded by the country of South Africa. South Africa's population is over 57 million. By comparison, Canada's population is a little under 37 million.

What makes Highlands' proximity to South Africa especially appealing to Canopy Growth is that the country is in the midst of developing its own medical marijuana laws. At least one of Canopy's competitors, Aurora Cannabis (ACB -8.05%), is also interested in the South African market. Aurora acquired CanniMed Therapeutics earlier this year. In 2017, CanniMed signed a supply agreement with Akula Trading 2 Pty Ltd. to export cannabis oil products to the privately held South African company.

Aurora Cannabis estimates that demand for medical marijuana products in South Africa could eventually be in the ballpark of 400,000 kilograms annually. If these estimates are accurate, that could translate to a market size in the African country of around CA$4.5 billion.

Zimbabwe, which borders South Africa to the northeast, legalized medical marijuana earlier this year. Support has also grown in other African nations for the legalization of medical marijuana, including Ghana, Malawi, Morocco, and Swaziland.

I think there's a bigger story here for investors who either own or are considering buying marijuana stocks like Canopy Growth. There's much anticipation about the potentially large recreational marijuana market in Canada. At the same time, there is also some worry about a supply glut in the country. The projected capacity of several leading marijuana growers certainly appears to be well above estimates of demand in Canada.

While there could eventually be a supply glut in Canada, I don't think there's anything to worry about at this point. Why? The potential global demand for marijuana is greater than projected capacity.

Canopy Growth is now active on five continents. The company's expansion into Africa underscores that marijuana growers -- and their investors -- need to think globally.