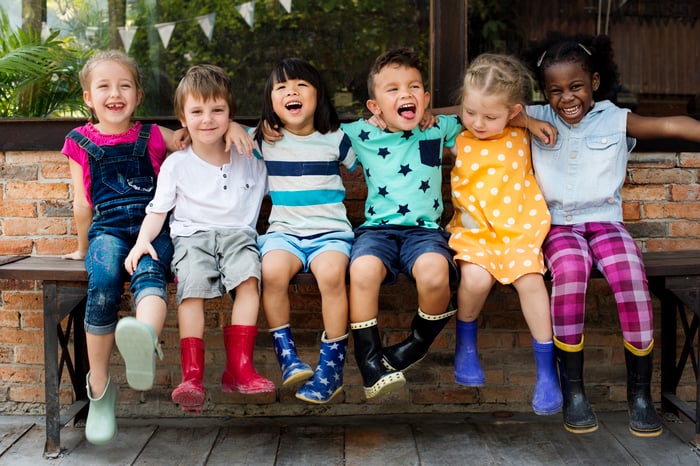 In a laconic earnings release -- just 271 words of substantive prose, plus several tables of relevant numbers -- Stitch Fix briefly described a quarter of rapid growth in both subscribing "clients" (up 30% year over year to 2.7 million) and sales (up 29%).

Profits, $0.09 per share as previously mentioned, contrasted nicely with the $0.38 per share that Stitch Fix lost in last year's Q3. So far this year, Stitch Fix has recorded profits of $0.15 per share -- more than seven times the $0.02 it had earned by this point in time last fiscal year.

And Stitch Fix isn't letting up on the gas, either. Management devoted roughly one-third of its abbreviated earnings release to a description of its next initiative, "Stitch Fix Kids," in which Stitch Fix will offer "an effortless way for parents to shop for ... their children" and "provide unique, affordable kids clothing in a wide range of styles, giving our littlest clients the freedom to express themselves in clothing that they love and feel great wearing."

Management gave no guidance as to how it expects this to affect future earnings. Analysts, however, who had been expecting earnings to decline from $0.14 this year, to $0.10 per share next year, may have to rethink that assumption.