iQiyi (NASDAQ:IQ) may not be a household name in the U.S., but it's one of the largest streaming players in the world (and often referred to as the "Netflix of China"). The company was spun off from Chinese search leader Baidu, which still owns a majority stake. iQiyi went public on Mar. 29 with an offering price of $18 per share. The stock promptly fell 14%, ending the day at $15.55.

Since then, the stock has come roaring back, doubling the lows hit on its first day of trading. What is driving iQiyi's Cinderella story, and is it too late for investors to get in on the action? 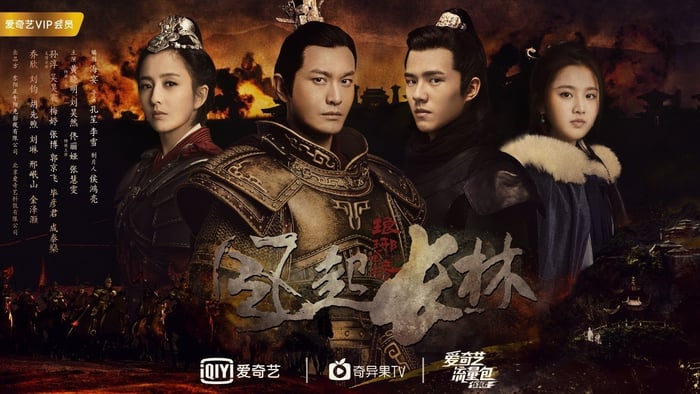 iQiyi reported its first financial results as a public company on Apr. 26, and the company's performance was better than many had anticipated. iQiyi generated revenue of 4.9 billion RMB (about $778 million), an increase of 57% year over year (on top of the 55% growth it achieved in the year-ago period). The company enjoyed solid growth across each segment, with membership services up 67%, online advertising up 52%, and content distribution up 44%, all compared to the prior-year quarter. Like its U.S. counterpart, the company is working to expand its original content library, so don't expect profits anytime soon.

In conjunction with the company's earnings release, iQiyi announced an exclusive partnership with Chinese e-commerce giant JD.com. Under the agreement, users who purchase a one-year premium membership with either company will be able to enjoy the benefits of both. JD Plus premium members receive special pricing, coupons for free delivery, and exclusive customer service. iQiyi's VIP customers gain access to ad-free viewing and exclusive content.

This move paid huge dividends, as the companies jointly announced that the program had attracted over one million new users in the first week alone.

3. Analysts are jumping aboard

The ongoing trend of buy ratings and higher price targets, while not relevant to the company's performance, has provided momentum that has driven the stock higher.

iQiyi announced it was expanding into the physical movie theater space late last month. The company revealed the opening of its first offline, on-demand movie theater -- Yuke -- which represents the first of a string of brick-and-mortar theaters it plans to open throughout China. iQiyi says Yuke movie theaters will combine the convenience of an on-demand service with the high-quality audio-visual environment of traditional theaters.

Customers will be able to not only select the time and location to view the movie but also choose from the company's library of online content.

Digital rights management (DRM) is a computerized system designed to protect copyrights and prevent piracy. iQiyi became the first internet video platform in China to have its DRM system approved by the country's most prestigious DRM organization, ChinaDRM Lab, whose certification has been recognized by Hollywood's "big six" film studios, MovieLabs, and the American Film Association.

This was an important move for iQiyi, which licenses big-name Hollywood movies as well as content from its U.S. counterpart, Netflix, like Stranger Things, Mindhunter, and Ultimate Beastmaster. This certification helps provide assurances that intellectual property is being protected.

An avalanche of positive news

While these developments aren't that important on their own, together they show that though iQiyi hasn't been in the public eye for very long, it's off to a good start and making the right moves to ensure a bright future.

It's important to note that iQiyi has yet to produce a profit and will continue to be in the red for the foreseeable future. The stock has doubled since its IPO just two months ago, and as is the case with any newly minted company, its price will likely remain volatile. iQiyi has vaulted from small to large cap in just a few short weeks, and even though I believe the company has a long runway, any real or perceived failure may result in a brutal sell-off. Let the buyer beware.