Shares of the clinical-stage biotech Ziopharm Oncology (NASDAQ:ZIOP) rose by a healthy 16% last month, according to S&P Global Market Intelligence. What sparked this sizable rally?

Investors appear to be excited by the prospect of the new "right-to-try" legislation that President Trump signed into law on May 30, 2018. In brief, this newly minted law allows terminally ill patients to access experimental treatments like those being developed by Ziopharm. 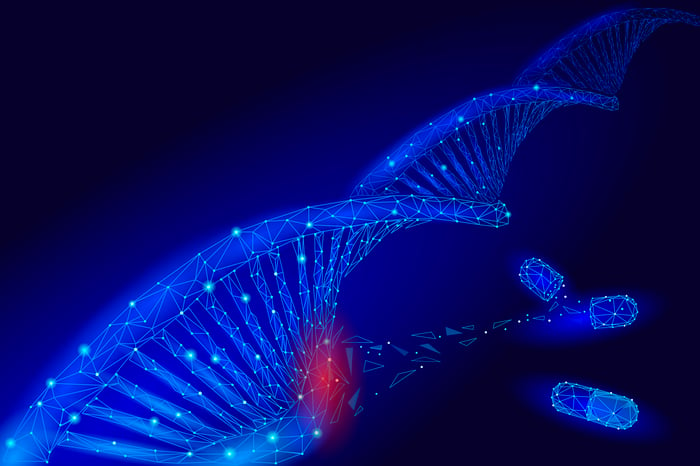 Ziopharm shareholders have been looking for any reason to celebrate after a protracted period where management failed to both shore up the company's balance sheet and advance its lead product candidate Ad-RTS-hIL-12 into late-stage testing. In fact, the company recently announced that it decided to delay Ad-RTS-hIL-12's pivotal-stage trial for a particularly aggressive form of brain cancer known as recurrent glioblastoma. Equally as concerning, the biotech exited the most recent quarter with a mere $51.1 million in unrestricted cash.

Although Ziopharm's management has stated that its financial resources should be sufficient to see the company through until the second quarter of 2019, the fact remains that a large secondary offering is almost guaranteed at this point. Ziopharm has yet to sign a lucrative licensing deal with a big pharma and blue chip biotech, which has been the standard play for clinical stage gene-therapy companies of late.

That's not to say it couldn't happen soon, but the chances of a major partnership materializing seem to be dwindling by the day. Most big players in gene therapy, after all, have already chosen their developmental-stage dance partner, so to speak. In other words, Ziopharm appears to be on the outside looking in at this point.

Why ZIOPHARM Oncology, Inc. Stock Broke Out in May @themotleyfool #stocks $ZIOP Next Article
Current